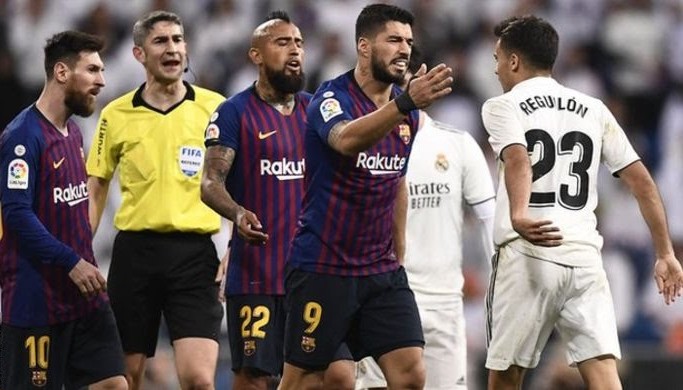 The match between Barcelona and Real Madrid has been shifted to December 18.

The announcement was made by the Spanish Royal Football Federation (RFEF) Competition Committee on Wednesday.

Riots in Barcelona over the past two weeks, led to LaLiga requesting that the game be moved from Camp Nou to Santiago Bernabeu.

Both clubs kicked against the switch, which has led to the match being rescheduled, with a final call on that date having been made by the Spanish Football Federation (RFEF).

“The decision of the competition committee has come after analysing in recent days the proposals of both clubs, which they invited to agree on a date and who agreed to signal on December 18 for the rescheduling of the postponed match,” an RFEF statement read.

Though both clubs suggested December 18 – a Wednesday – LaLiga is yet to confirm whether that date will stand, given their hope of showcasing the biggest match in the competition to a wider audience.