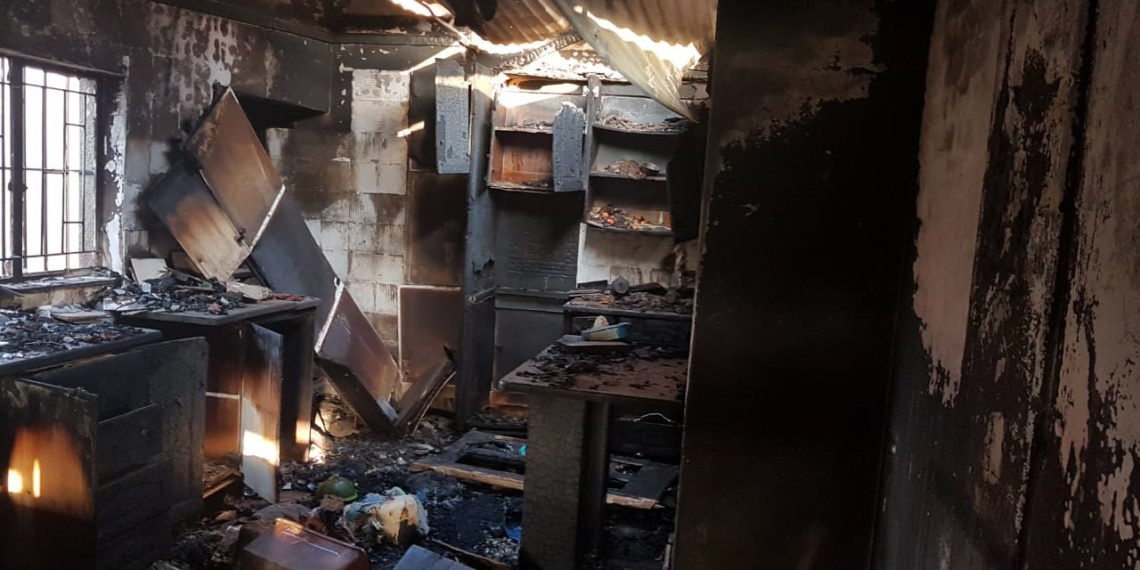 Barely 24 hours after 3 Nigerians were reported to have been severely injured in recent xenophobic attacks rocking South Africa, pictures taken from the incidents have emerged online.

According to reports, update on the recent attack which started in the early hours of Tuesday October 22, at different locations of Witbank, Mpumanlaga Province of South Africa revealed that 5 Nigerian-owned business outlets were burnt down by the group made up of community members and taxi drivers.

Some Nigerian-owned business outlets burnt and looted in the fresh attack include a big spare parts dealership, two restaurants, a grocery shop and a Nigerian foodstuffs shop.

Breaking: Another Nigerian killed, 2 others injured by unknown gun men in South…