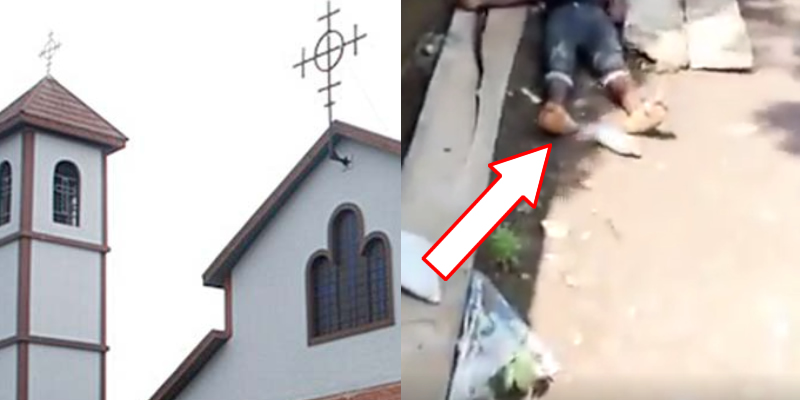 VIDEO: Suspected thief electrocuted while trying to steal from church

After several robbery attacks on the church, a young man suspected to be a thief was said to have been electrocuted while trying to rob a church in an undisclosed location.

This was captured in a video that has gone viral where the man is seen lying on the floor of the church compound with an electric cable around him, also forming from the mouth 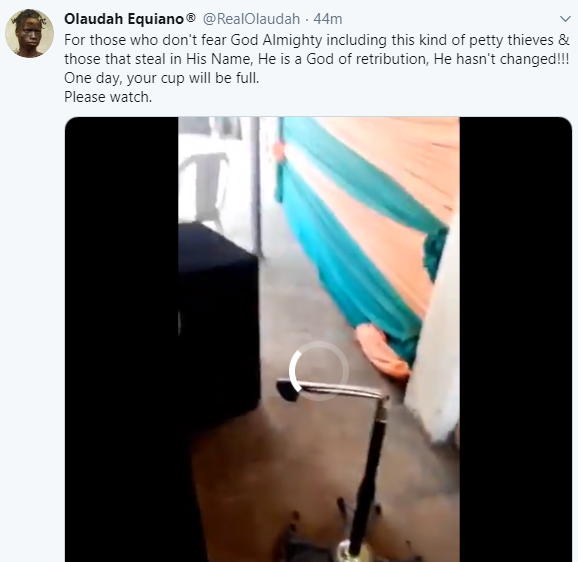 ‘Too many frustrated youths’ out there — Man laments after…

A Twitter user @RealOlaudah who uploaded the video on his timeline penned some writings that goes thus “their church has been robbed a few times and it happened again on the night the man was electrocuted.

WITHIN NIGERIA learnt that the suspected thief entered into the church premises, stole some church equipments and placed them in a bag. He also dismantled the standing fan with the aim of making away with it.

The power of the church was restored while trying to steal the church’s electrical wire and was electrocuted.

For those who don't fear God Almighty including this kind of petty thieves & those that steal in His Name, He is a God of retribution, He hasn't changed!!! One day, your cup will be full.
Please watch. pic.twitter.com/tKu2z3f1qa

‘Too many frustrated youths’ out there — Man laments after experiencing…

One arrested as police foil bank robbery in Lagos