A white man identified as Gar Warner has congratulated the office of the Economic and Financial Crimes Commission (EFCC), for arresting Dubai-based Nigerian big boy Mompha.

According to Warner’s bio on Twitter, he is a director of research in computer forensics with expertise in cybercrime, malware and phishing, and spam.

We earlier reported that Mompha was arrested for a fraud case of $5 million (N1.8 billion).

Reacting to his arrest, the computer director expressed his excitement on the popular micro-blogging platform, noting that another Nigerian big boy, Hushpuppi, is next.

According to him, the report of Mompha’s arrest is great news, noting that he is a top ten Business Email Compromise (BEC) scammer and criminal who hides with his money in Dubai.

Warner pointed at Mompha’s lifestyle on his Instagram page as evidence to his point. According to him, his account on the photo-sharing app is a testimony to the scale of his criminal earnings.

The computer expert explained that the reason why he commented on Mompha’s arrest was that the huge money stolen from the US is often through BEC and internet scams.

Stating that BEC is a West African crime, Warner said he is not stereotyping the country. He explained that he is happy to have had great students from Nigeria in the United States of America’s computer forensics program.

If you aren't a big follower of West African crime, you won't understand how HUGE this news is! #Mompha is a "Top Ten" #BEC (Business Email Compromise) scammer / criminal who mostly hides with his money in Dubai. Well done, @officialEFCC! https://t.co/g63TlVefJB

To see the scale of this guy's criminal earnings, just look at his Instagram account … https://t.co/vqmHhJz7k1 … maybe they'll get his friend #Hushpuppi next ?? https://t.co/cVFDVU2YhA

Business Email Compromise steals $8.2 million US Dollars per day. The money goes to Africa. According to the FBI, the #1 cybercrime in America is #BEC and the #2 is Romance Scams. #YahooBoys have stolen $26 Billion USD. That makes it my business.

What I mean is that Business Email Compromise is WEST AFRICAN crime. It is not a stereotype, it's a fact. Want to change it? Talk to the #BlackAxe, the #SeaLords, and the #SupremeEiye if you want to change that. 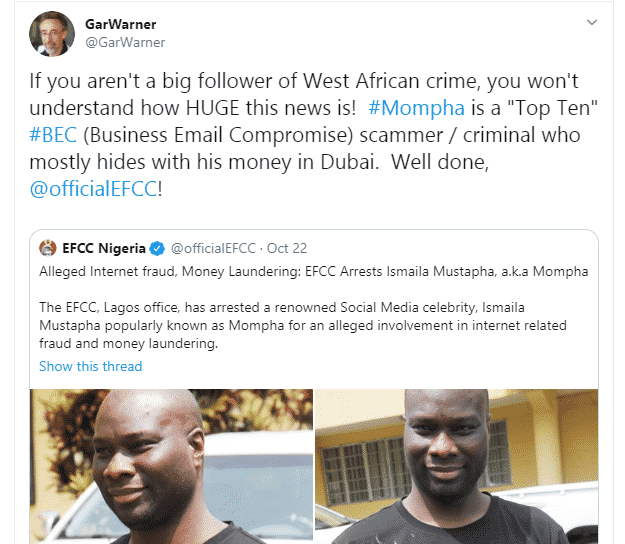 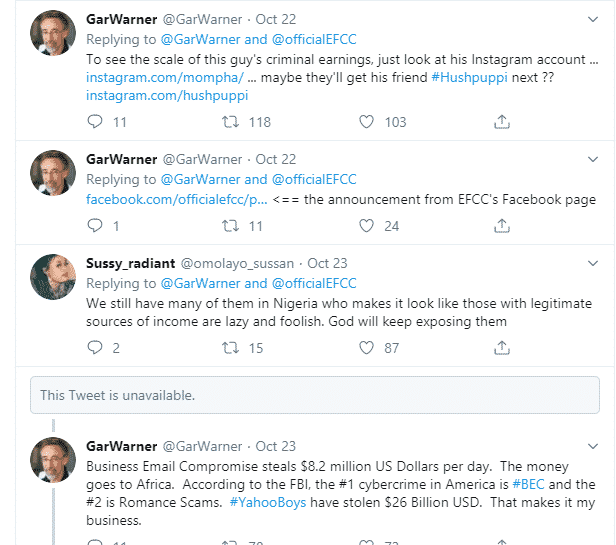 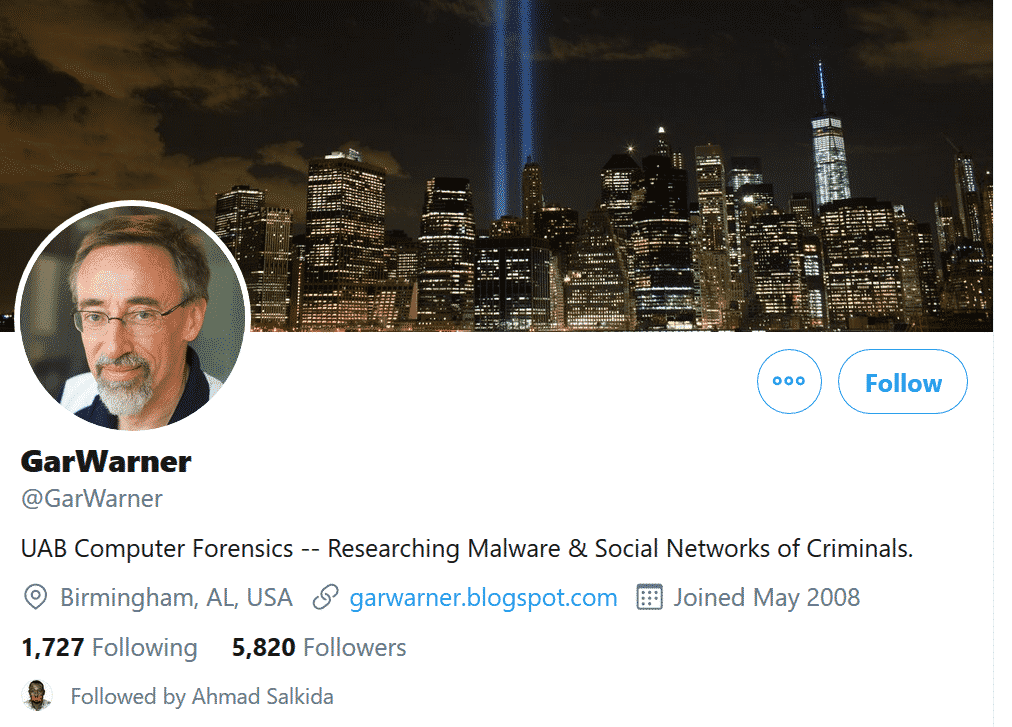