VIDEO: Drama as Police officers quarrel during stop and search in Lagos

Two police officers have been spotted in a viral video engaging in a heated conversation.

In the video, one police is seen asking the driver of the car if he handed photocopied papers to the second police man and requested the man to reverse back and leave the scene. 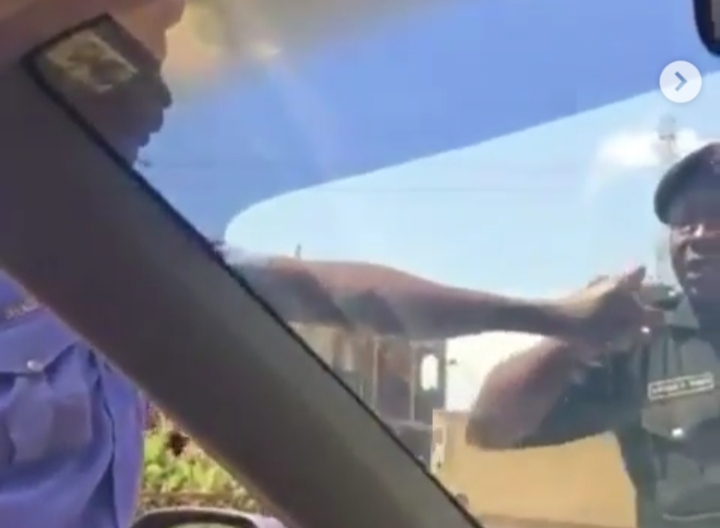 A Twitter user @overkomer who uploaded the video on his timeline disclosed that the incident occured at Iyana Ipaja Area of Lagos.

He tweeted “So this happened this afternoon around Iyana Ipaja, police quarrel dey sweet to watch sha. 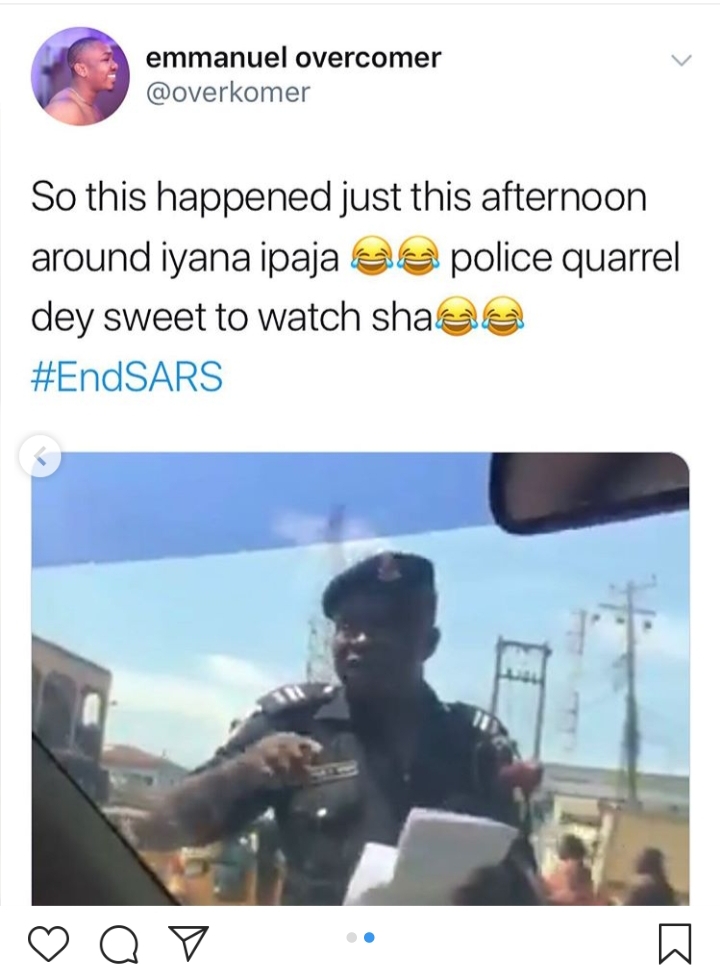