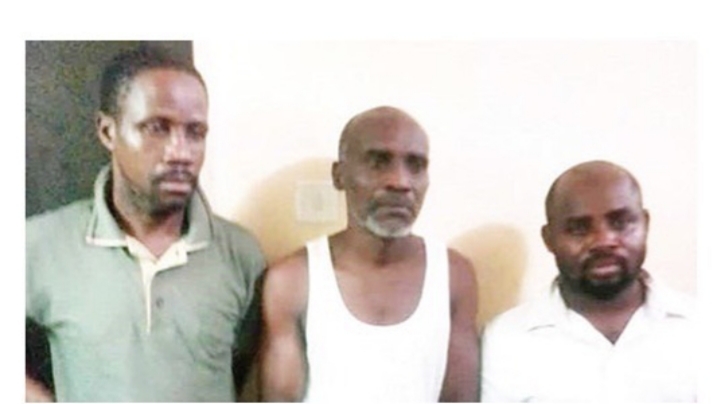 Men of Nigeria Police have arrested a Libya returnee identified as Joseph Akpan for allegedly stealing cars from cab drivers.

WITHIN NIGERIA learnt that the suspect was arrested alongside one Akpan Ini-Obong and Iboro Umob, a civil servant in Akwa Ibom state who allegedly assisted him to facilitate the documentation of the vehicles before they were sold out and the other member of the syndicate, Emmanuel Unah is said to be at large.

It was gathered from City Round that the modus operandi of the ringleader, Akpan, was to engage a cab driver in Lagos or Ogun State to take him to an event.

“He would offer the driver a drink laced with sedatives at the event and immediately the owner slept off, he would run away in the vehicle to the eastern part of the country to sell it.

The suspect met his waterloo recently when one of his victims identified as Ibrahim whose Toyota Camry salon car (2003 model) was stolen, reported to the Inspector-General of Police Intelligence Response Team.

The detectives were said to have trailed the three suspects to Akwa Ibom State and rounded them up.