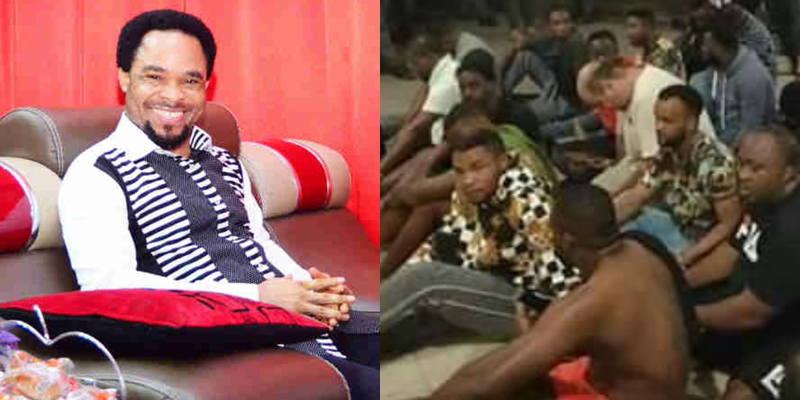 Prophet Chukwuemeka Odumeje’s recent visit to Indonesia is reportedly being scrutinised by the Indonesian government over alleged “display of wealth at the event”.

The church program was reportedly organized by some Nigerians living in Jakarta and it allegedly began with spraying of money which is said to be part of the Anambra-based Pastor’s style of ministration.

The display of wealth has led to the arrest of some Nigerians who are reportedly undocumented migrants without work permit and valid visa.

According to the text captioned to a video of the program shared on social media, over 80 Nigerians have been deported already with more to come, as Landlords in the country have been asked to report undocumented Nigerians and other foreigners living in their property or lose it all to the Indonesian government.

It was learnt that the Indonesian government are wondering how undocumented migrants without valids visas or work permit came about such amount of money.

Nigerians, especially Igbos, Worshipping Pastor Odumeje, their Man of Dog in Indonesia…. 80 of these guys are on their way to Nigeria for being stup1d! How could you display wealth this way in a foreign land when you have no legitimate business? If Religion fails to kill Africans, Religion will kill them! Don’t be confused with the above statement….. Religion must kill Africans!