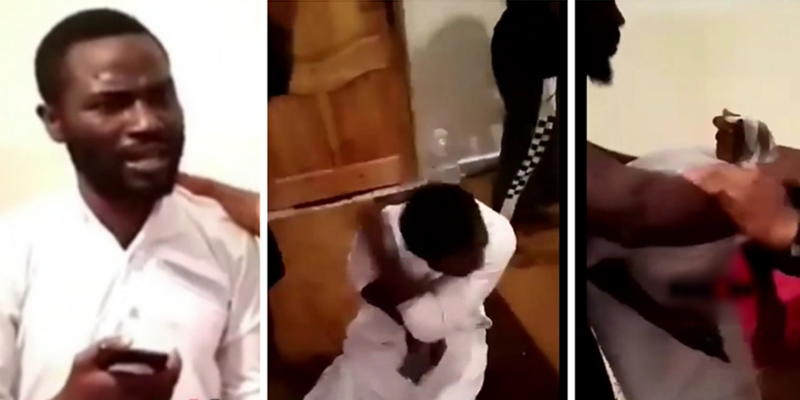 A yet-to-be identified Nigerian man has been caught by three of his victims for allegedly defrauding more than 30 Nigerians in Libya.

The suspected Fraudster identified as Kunle was reported to have collected the sum of N300,000 from each person and fled to Nigeria with the money.

A video of how he was caught and seriously beaten by some victims of his fraudulent act has emerged online and he is seen speaking with someone he addressed as Don via phone.

As victims of his fraudulent act hit him, he handed over the phone to one of the victims who spoke with Don and insisted that the suspected Fraudster identified as Kunle return his money.

As at the time of reporting, the nature of the business or transaction is unknown but the suspect has been handed over to the public for further investigation and prosecution.

How billionaire Ignatius Odunukwe was killed, cut to pieces by criminals (Video)