Singer Tiwa Savage and a Twitter user, Ayo Smallz  dragged each other on Twitter over ladies and their role in a relationship.

It all started when Tiwa made a tweet, encouraging girls to act in their romantic relationships like they got an instant replacement of their partners if they misbehave.

She wrote; “Ladies, should we let them know sometimes that we gat options?”

And the Twitter user who seems not to find it interesting  decided to indulge in a banter with the singer.

In reaction to her tweet, he  wrote; “Imagine leaving playboy for a fvckboy haha.”

Tiwa in a response to show she was ready to go all the way with the guy in the battle of words,wrote; “Imagine leaving a real queen for a slay queen.”

And the user who also didn’t want to back-down responded to that. He wrote; “Imagine leaving TJ for Wizzy… na we we dey run.” 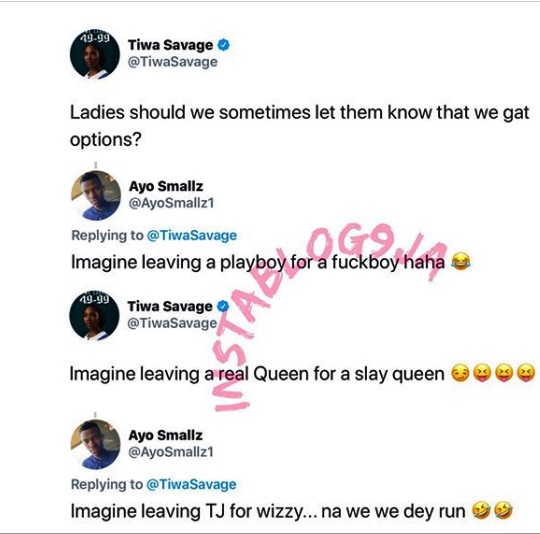