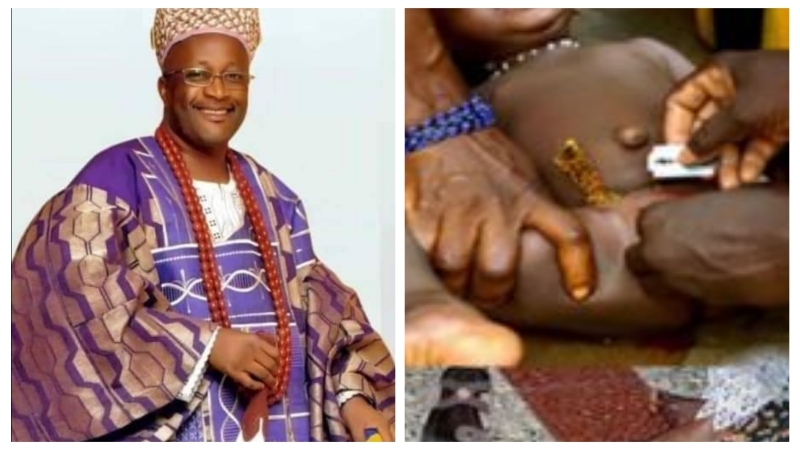 The practice of Female Genital Mutilation (FGM) has been officially renounced on Friday by the people of Ilawe-Ekiti, Ekiti South West Local Government Area of Ekiti State.

This was disclosed by Oba Adebanji Alabi, the Alawe of Ilawe-Ekiti who is also the Chairman, Ekiti State Council of Traditional Rulers during an event, organised by the state chapter of the National Orientation Agency (NOA), in conjunction with United Nations Children’s Education Fund (UNICEF) on FGM elimination.

Oba Adebanji described the act as unlawful and promised that the community would no longer be involved in the act.

“I want to declare today, on behalf of my people, that we will no longer be involved in the act of Female Genital Mutilation, because it is highly despicable and unlawful. Oba Alabi said.

“Henceforth, it is now a taboo for anyone to do it to our kids. I am surprised that at this age people are still into this act that has sent many of our children to early grave; and even those that survived it, are left impotent.’’

While reacting to the development, the state Director of National Orientation Agency (NOA), Mr Dayo Famosaya regretted that the FGM was on the increase in the state especially in Ilawe community, describing it as an outdated act.

He assured that the agency would continue to collaborate with all relevant stakeholders in a bid to put an end to the menace in the state.

Olutayo reiterated that the act was a violation of the fundamental rights of girls and women, and was compromising their health and psycho-social well-being.

She advised the government to demonstrate more political will in ending the act, by making budgetary provisions that would enhance advocacy.