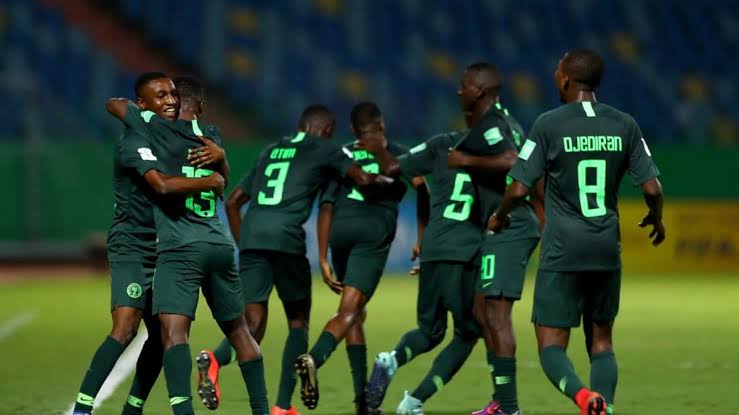 FIFA U-17 World Cup: Golden Eaglets Face Netherlands In Round Of 16 (Full Fixtures)

Nigeria’s Golden Eaglets will face the Netherlands in the Round of 16 at the 2019 FIFA U-17 World Cup in Brazil on Tuesday.

The Golden Eaglets finished as Group B winners and will now face the Europeans who qualified from Group D as one of the four best third-placed teams.

The encounter will hold at the Estadio Olimpico, Goiania where the Eaglets played their opening two games in the competition against Hungary and Ecuador.

The Manu Garba’s boys lost 2-1 to Australia in their final Group B game last Friday.

The winner of the contest will take on either Paraguay or Argentina in the quarter-final.

UK most wanted man, Daniel Burdett arrested at a Dutch restaurant on…

“Book Me A Session, My Goodwill Will Not Kill Me” – Cubana Chief Priest Set To Expose Mercy

FIFA U-17 World Cup: Nigeria secure round of 16 spot with Ecuador win