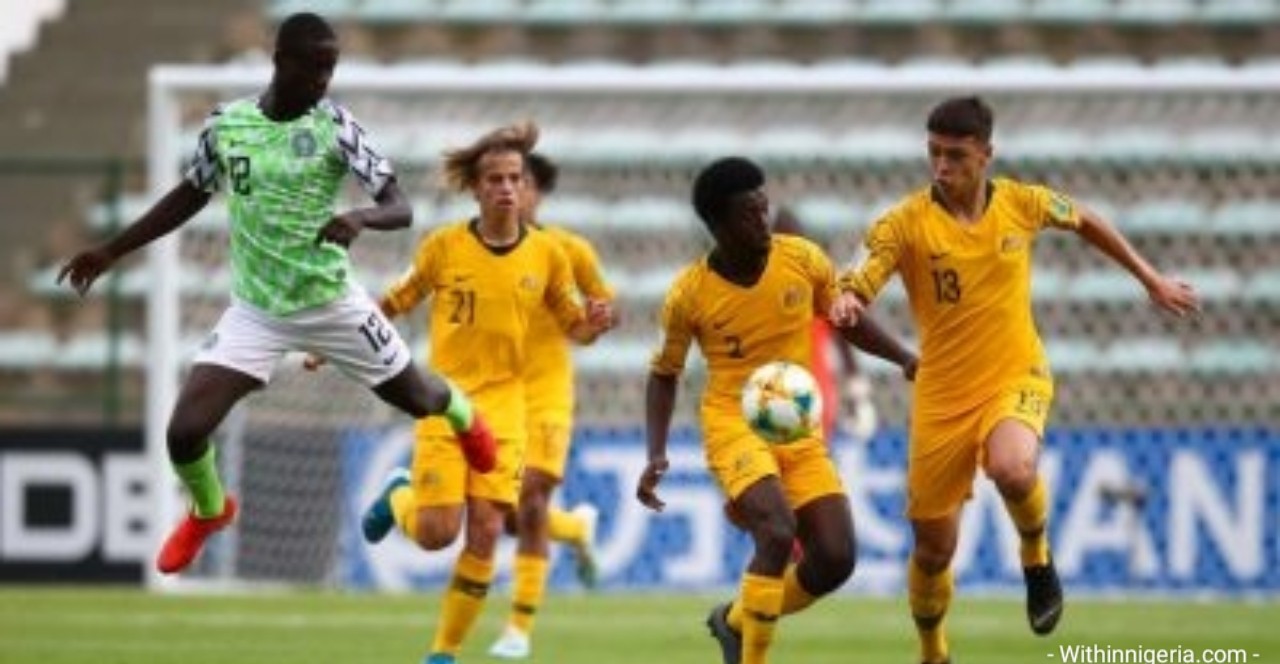 The Golden Eaglets of Nigeria fell 2-1 to Autralia in their final Group B game of the 2019 FIFA U-17 World Cup in Brazil on Friday night.

The Eaglets who won their first two games top the group with six points despite the defeat to Australia.

Noah Botic netted a brace for Australia, while Peter Olawale was on target for the Golden Eaglets.

The Golden Eaglets dominated the opening exchanges but were poor in front of goal.

The Australians who struggled to cope with the pace and trickery of Manu Garba’s boys however took the lead against the run of play in the 14th minute with Botic slotting home off a perfect cross.

The lead lasted only seven minutes before Olawale restored parity with a fine effort from inside the box.

Botic however converted from the spot in the 54th minute.

In the the other Group B match, Ecuador beat Hungary 3-2 in a tough contest at the Estadio Olimpico Goiania to book their spot in the Round of 16.

Nemeth completed his brace for Hungary when he drew level in the 73rd minute. Then Johan Mina grabbed an 86th minute winner for the South Americans

Ecuador finish second on six points as Nigeria but with interior goals difference, and claimed a Round of 16 spot.

Australia are third on four points, and they are in good stead to reach the round of 16 as one of the four best third-placed teams.