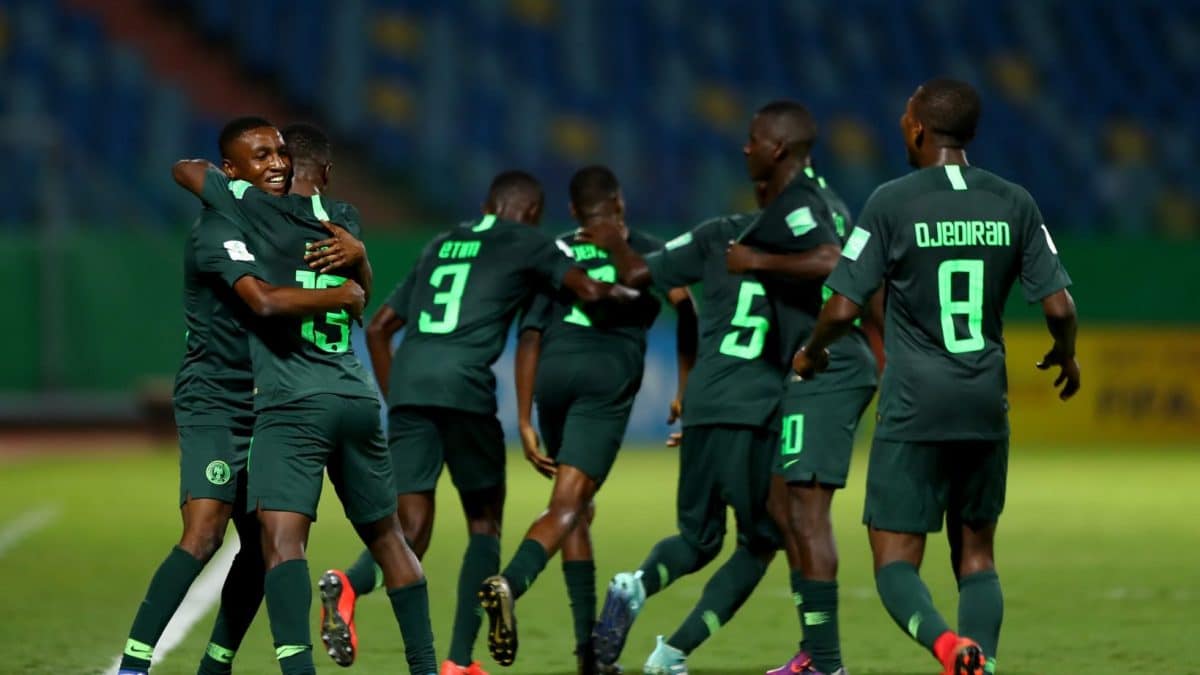 FIFA U-17 World Cup: Nigeria secure round of 16 spot with Ecuador win

Golden Eaglets of Nigeria have advanced to the Round of 16 of the 2019 Fifa U17 World Cup after beating Ecuador 3-2.

After a 4-2 comeback win over Hungary in their opening fixture, Manu Garba’s boys showed resilience again to see off the South Americans on Tuesday.

Ibrahim Said was the hero for Nigeria after scoring all the three goals to seal maximum points for the team in style.

Said started the goal feast at Estadio Olimpico with his opening goal in the fifth minute. The Golden Eaglets’ lead was short-lived five minutes later as goalkeeper Daniel Jinadu turned the ball into the back of his own net.

Adrian Mejia initially fired a shot that hit the woodwork before Jinadu tucked the ball in with his body.

Just some moments after the half hour-mark, Nigeria were forced to make an early substitution with Akinkunmi Amoo replacing Wisdom Ubani who struggled to adapt in the game.

Ecuador started the second 45 minutes on the stronger foot and had a penalty in their favour after Charles Etim was found guilty of a rash challenge on John Mercado in the 55th minute.

Johan Mina stepped forward and converted the resulting kick to give Ecuador a 2-1 lead. The goal changed the game’s momentum with Ibraheem Jabaar coming on for Monsuru Opeyemi to fuel Nigeria’s push for an equalizer.

The final 10 minutes turned out to be the decisive moments as both sides created several chances but Manu Garba’s Eaglets came out victorious.

Immediately the referee waved off Nigeria’s call for a penalty after a brief wait for the VAR, Mina nearly increased the margin for Ecuador but his effort struck the upright in the 82nd minute.

Two minutes later, Said got the equalizer for the Golden Eaglets and later completed his hat-trick just at the death of the game after benefitting from Amoo’s assist.