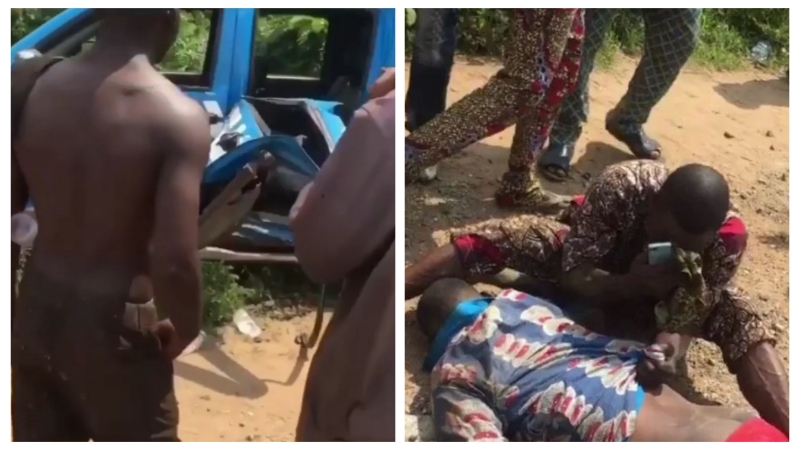 No fewer than three (3) persons lost their lives in a fatal motor accident around Guru Maharaji, Ibadan.

The fatal motor accident occured on Saturday on Lagos-Ibadan Expressway, Ibadan involving Benz, Mack tipper and FRSC van where three dead and others injured in the auto-crash.

WITHIN NIGERIA learnt that officers of the Federal Road Safety Commission caused the motor accident while pursing a MACK tipper driver who refused to settle them with their van rammed into Benz resulting into auto crash.

Four days after the incident, a video that depicts the scene of the accident has surfaced online which shows an officer of the FRSC sitting on ground few metres from a dead body lying helplessly on the ground.

Some voices of yet-to-be identified persons can be heard blaming the officers of the Federal Road Safety Commission.

It was learnt that an officer of Federal Road Safety Commission was one of three dead persons.