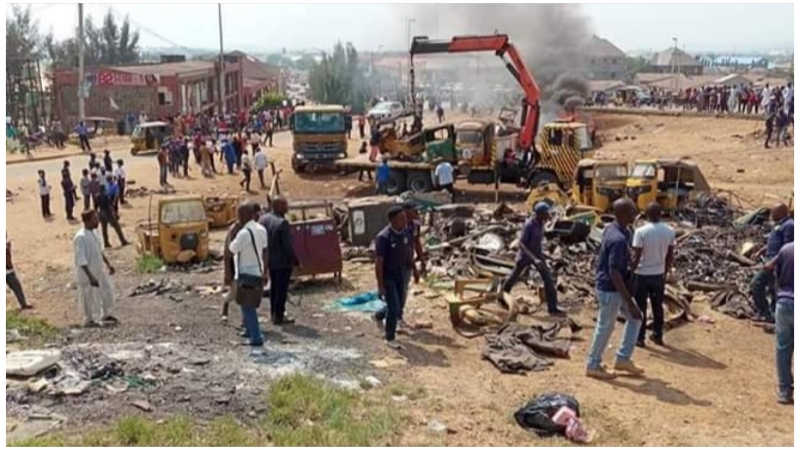 WITHIN NIGERIA learnt that Mr Attah and his team were attacked when his team went to raid illegal stores and shanties in the area.

It was gathered that Mr Attah escaped the attack unhurt but the screen and rear window of his official vehicle were destroyed.

This incident was disclosed by Mr Attah who uploaded pictures of the attack on his facebook page.

A photojournalist with Vanguard identified as Abayomi Adeshida has accused security aides attached to the Vice-President, Prof. Yemi Osinbajo of beating him on Thursday morning.

WITHIN NIGERIA learnt that the incident occured at the banquet hall of the presidential villa in Abuja where the Nigerians in Diaspora Commission (NIDCOM) chaired by Abike Dabiri-Erewa organised a summit.