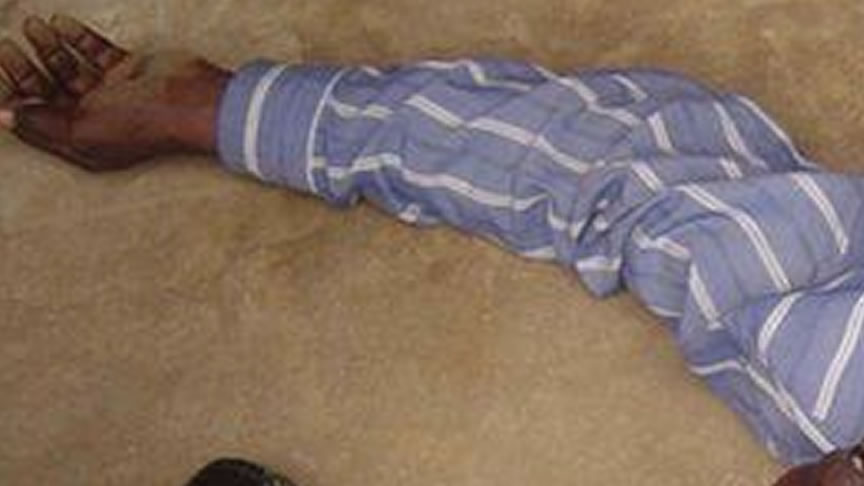 Boyfriend kills man in Kano for beaming light on his girlfriend

A 22-year-old man has been reportedly arrested by men of Kano State Police Command for allegedly beating one Auwalu Hussaini to death after flashing light on his girlfriend.

The suspect stood beside his girlfriend when the deceased beamed the light on the face of his lover and Magaji reportedly knocked Hussaini into coma and he was confirmed dead on arrival at Kura General Hospital.

According to reports, the suspect was arrested by operatives on Operation Puff-Adder on the directives of the state’s Commissioner of Police, Mr. Ahmed Iliyasu after fleeing the village.

While reacting to the incident, the Police Public Relations Officer in the state, DSP Abdullahi Haruna Kiyawa confirmed the arrest and reacted as follows;

“Immediately we received the information our personnel were mobilised to the scene and rushed the unconscious victim to Kura General Hospital where the doctor on duty confirmed him dead on arrival.

“Meanwhile, before then, the suspect had fled the village and the Commissioner of Police immediately activated the operation puff-adder machinery of the command and ordered that the suspect be arrested within 24hrs. Luckily, that same day at 10pm the personnel of Operation Puff-Adder arrested him.