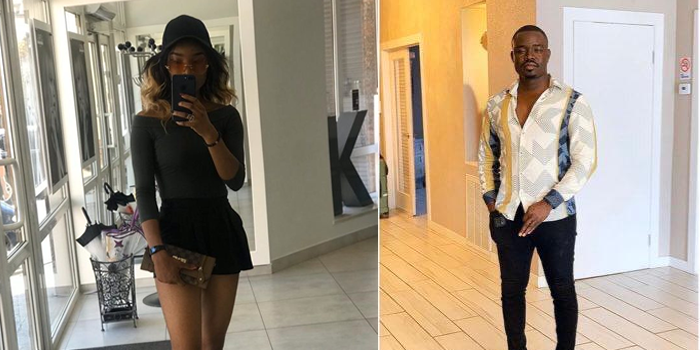 Man Calls Out Lady For Trying To Pin Pregnancy On Him

A Nigerian man has called out a lady he had a romp with on Social Media after she allegedly tried pinning someone else’s pregnancy on him.

The guy identified on Twitter as @Otedola_ quoted a tweet of former love interest, @Abeke__ calling her followers to play an online game with her. Otedola was in no way ready for games as he hits the nail on the head.

You’re a bastard for trying to pin another mans child on me. Ashiere omo. Lmao I know you’re seeing this o. One day I’ll confront you about it not because of any other thing but I just want you to know I now know then proceed to forgive yourself for trying to ruin my life. 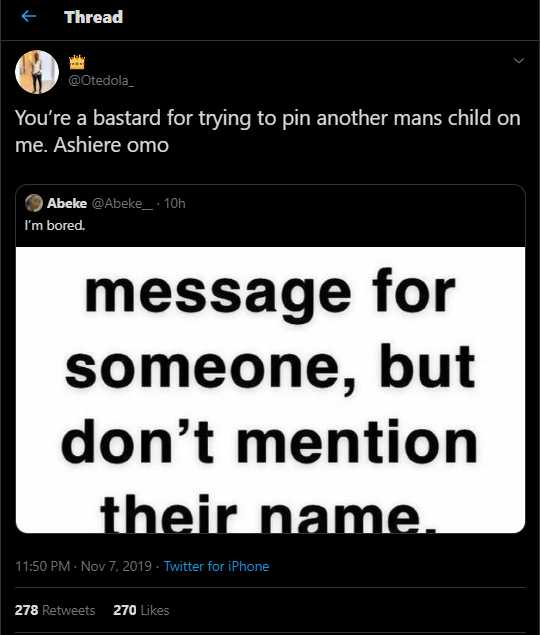 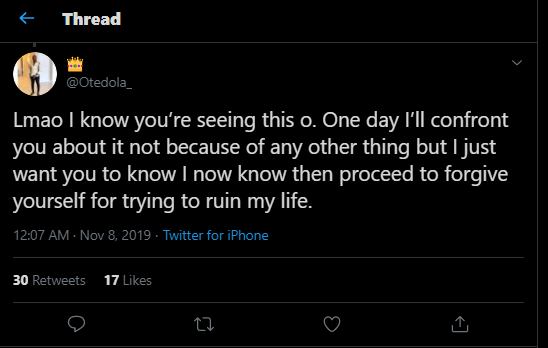 The lady, Abeke who has been called out has not responded to the claims of Otedola, The tweet is already going viral as many are asking for the full story.

Ghanaian man shares testimony of a dead driver, the sleeping passengers and a moving bus