A yet-to-be-identified Nigerian man has been laid to rest together with the betting coupons which resulted in his untimely death.

Reports gathered that the deceased who was a betting addict  prior to his death, played 2 slips which did not yield the desired result, as they both failed.

He actually played the two slips to get a total income of N41.2million. One slip for N34million and the other slip for N7.2million.

After playing, the two slips cut along the line and the man who couldn’t bear the sad outcome, slumped and died. He has now been laid to rest together with the betting coupons 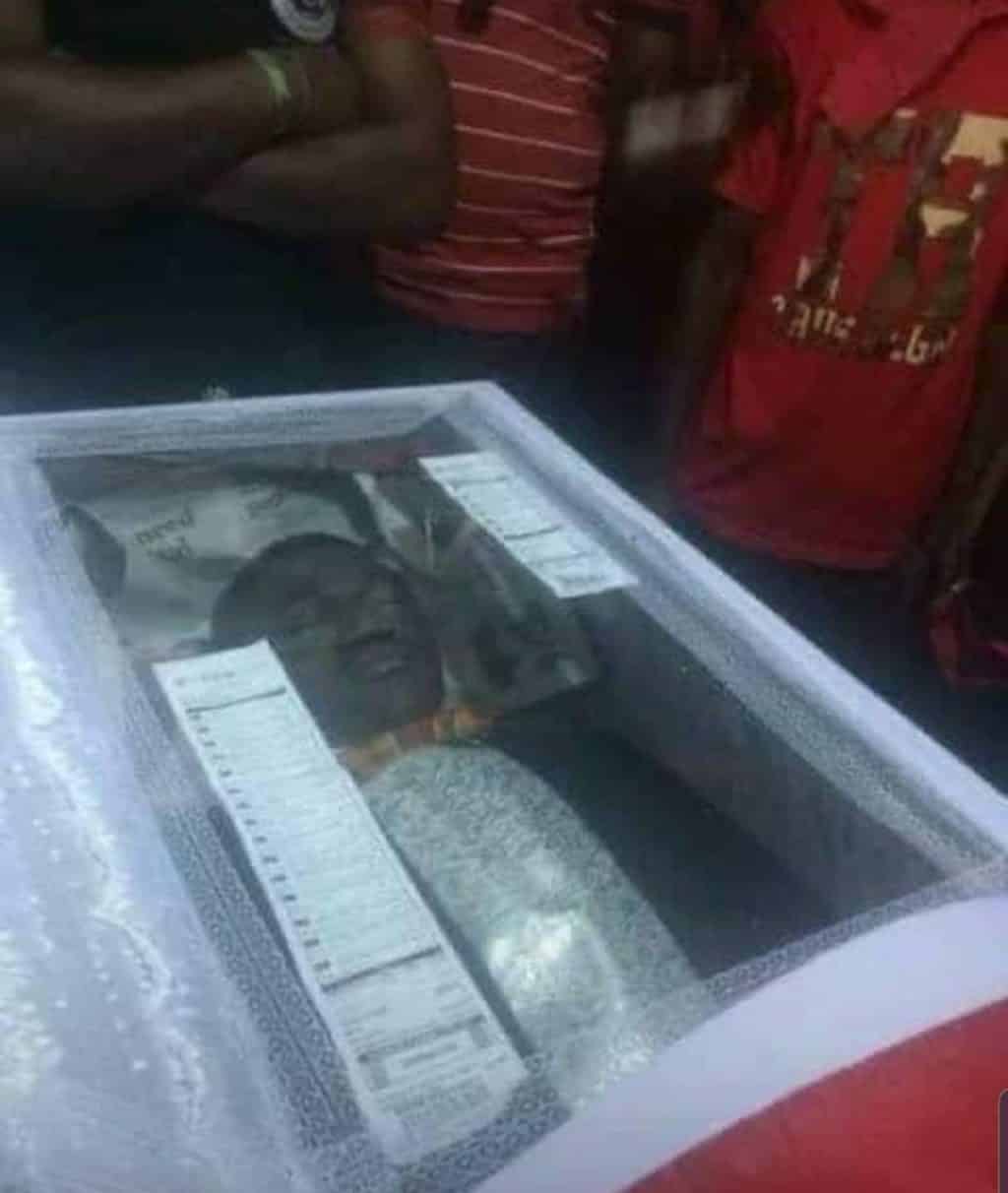 Those Who Deceived Atiku Abubakar And Ruined Him Politically

The Legend of Inikpi: Mercy Johnson releases teaser for her first movie as a producer (Video)

My brother would insult my wife and kids, yet expect us to perform together – Peter Okoye