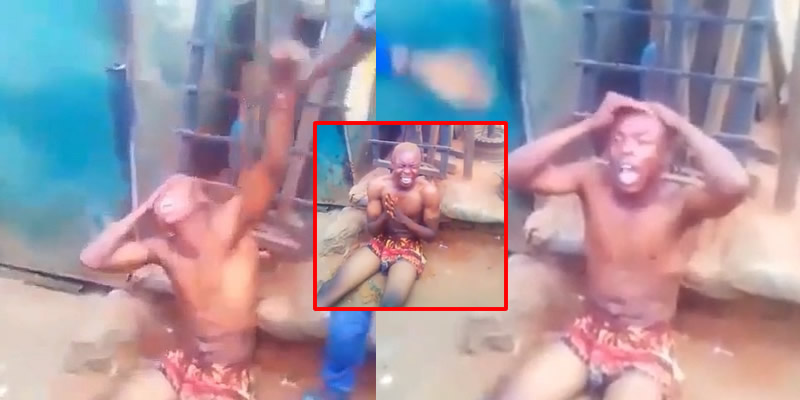 How I used my Dad for ritual, confession of Yahoo boy who ran mad at his father’s funeral in Benin

A shocking incident happened at agbior park, ohovbe junction in Benin city, Edo state on Thursday morning after a suspected internet fraudster popularly known as  Yahoo Plus boy, reportedly ran mad and began to confess all his illicit activities at his father’s funeral.

Facebook user, Okan Godswill, who shared the video online, said the yahoo boy told the gathering that his father died in a Lexus jeep he bought for him two weeks ago. He allegedly confessed to have used other persons for rituals in his pursuit for sudden wealth.

Watch a video from the scene below.

Yahoo Boy Who Set His Girlfriend Ablaze Begs To Die

You may like to read; Female students cries out in Ilorin as they catch man on camera stealing their undies

Man marries his guitar in Lagos and explains his reason (Photo)

Yahoo Boy Who Set His Girlfriend Ablaze Begs To Die