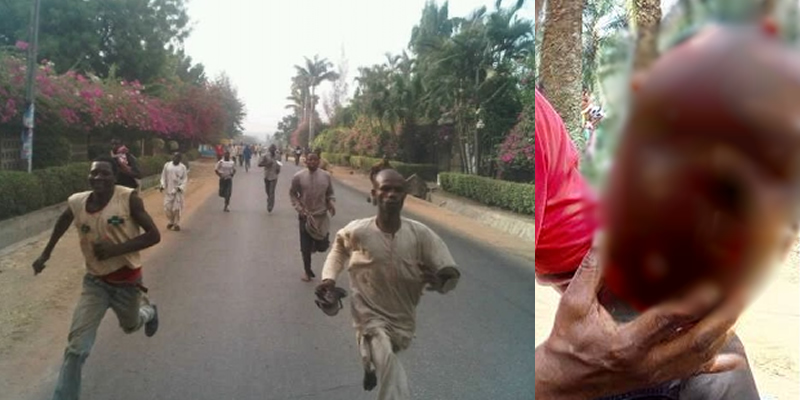 I dint know I killed someone, man caught running away with human head in Benin blames act on strange spirit

Men of the Edo State Police Command have arrested one Jimoh Odion who beheaded a 46-year old man, Atogwe Asilemhe, after an argument.

The offence was committed on October 14 at Ayogwiri, Estako West local government area.

Jimoh who was paraded alongside other suspected cultists and kidnappers said he didn’t behead his victim for money rituals.

He said he was annoyed because of the consistent pestering on why he didn’t want to join his mates for the age grade initiation ceremony.

According to him, “It was during the celebration of age grade. I didn’t know when I beheaded the man. When people came to arrest me that I killed somebody, I said I did not.

“I am an orphan. I didn’t want to go fo the age grade because I have problem with our village head. One man gave me white Agbada and red cap to wear to the ceremony.

“People were still pestering me to go to age grade initiation. The much talking was annoying me. I don’t know what came over me. I dropped the red cap on the ground and I saw myself destroying my property. I was in the church when I saw people running after me that I have killed someone and taken the head away.

I don’t have any quarrel with the man. I didn’t want to use the man for ritual and no body asked me to bring his head.”