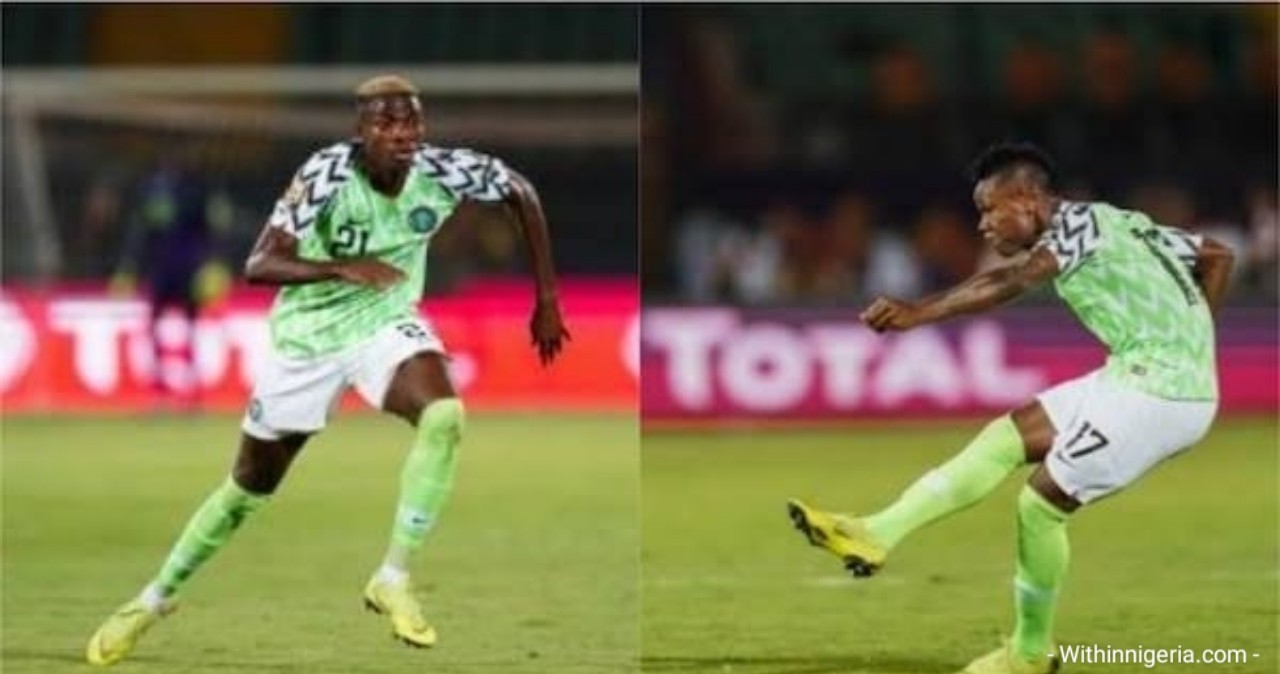 The Super Eagles of Nigeria on Wednesday began their quest to qualify for the 2021 Africa Cup of Nations on a winning note as they came from behind to beat their counterparts from Benin Republic 2-1.

After falling to an early goal, Victor Osimhen and Samuel Kalu scored a goal each to give Nigeria the victory that has seen them begin their quest for qualification with the maximum points on offer.

Gernot Rohr’s men started Wednesday’s game on the back foot as they were punished for sloppy defending barely five minutes into the game with Stephane Sessegnon freely slotting the ball past a stranded Daniel Akpeyi in the box to give the Squirrels a shock lead.

The Super Eagles expectedly began to pile the pressure on their opponents but their efforts failed to yield the results they hoped for.

Kalu and Samuel Chukwueze had bright chances but neither could get the Eagles the equalizer they badly craved.

However, late in the first half, Nigeria was handed a lifeline as Ola Aina was brought down and Osimhen took the resultant penalty kick and he scored to end the first half 1-1.

The Super Eagles continued from where they stopped in the second half; piling the pressure on their opponents and carving out chance after chance but they were unable to shoot in front.

However, a moment of brilliance after the hour-mark saw Kalu wriggle his way past the Benin Republic defenders before slotting home to give Nigeria a 2-1 lead.

The Super Eagles tried hard to get another goal but they could not add to the tally. They would, however, be glad to have gotten maximum points against their West African neighbours and would now hope for another good result as they face Lesotho away this weekend.