Journalist who received ‘slap’ from Davido laments on… 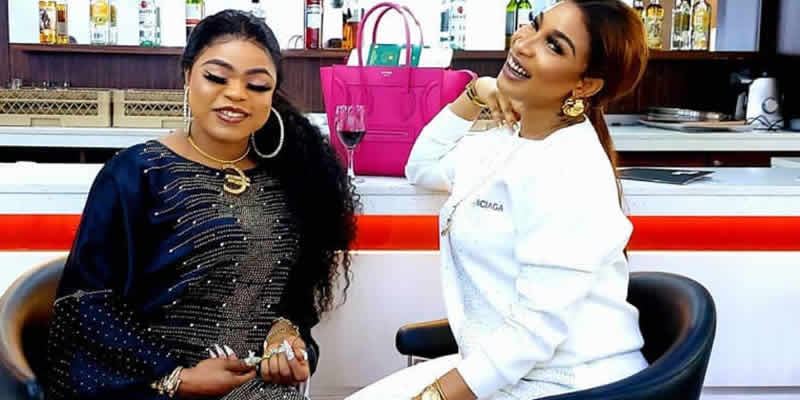 Actress Tonto Dikeh Deported from Dubai, Bobrisky refuse to leave with her

According to reports, Tonto Dikeh is on her way home as she has been deported from Dubai.

Within Nigeria earlier today, reported that  Tonto Dikeh got into a dispute with a security guard because she was denied entry at an event centre in Dubai.

Tonto Dikeh arrived at the event alongside Bobrisky and the security guard refused to grant her entrance.

The actress who was allegedly drunk attacked the guard and the brouhaha escalated. Dubai Police intervened and she was whisked away to an unknown location.

Following her arrest by the police, Tonto Dikeh was deported from Dubai and she is reportedly on her way to Nigeria as we speak. And there are reports that Bobrisky has refused to follow her bestie back to Nigeria.

“No one can turn your face away from me”, Churchill writes birthday…

Police detains Uber driver who drove man that committed suicide by jumping into the Lagoon, explains why

“9-year-old dwarf, Quaden Bayles is being used by his mum to make money”, Dencia

Between Oluwo of Iwo, Osun State Council of Traditional Rulers and a…

CORONAVIRUS: 220 Filipino couples kiss while wearing face mask at a…

Resurgent insecurity, PMB’s legacies and the man behind the mask