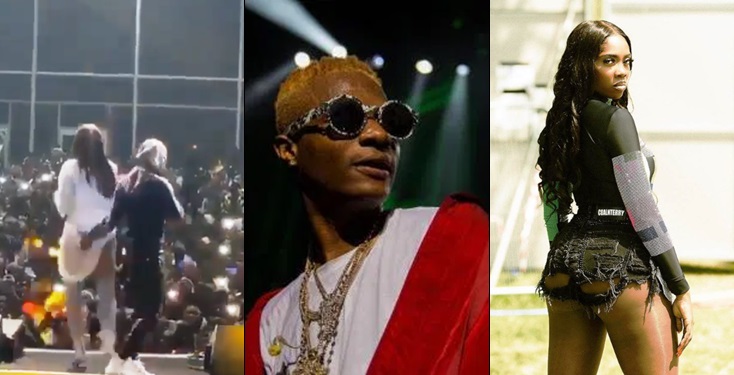 Although this two talented singers claim to be “besties,” some Nigerians still maintain that they are having an intimate relationship. And this new viral video makes it even more believable.

Currently trending on social media is a video clip of both singers performing at a show in Dubai, which has left social media convinced that the relationship between them is, in fact, more than platonic.

In the video, Wizkid can be seen randomly pressing Tiwa’s derriere on stage. The video clip has left several fans excited over what they believe is a blossoming relationship between two of Nigeria’s hottest musicians.

Recall that he did the same thing some week ago on stage in Paris where he was found hugging and touching Tiwa Savage’s bumbum as both of them finished performing their hit single “Ma Lo.”

I still love my ex-wife, Osas Ighodaro, she is a good woman – Actor Gbenro Ajibade

Sue me or shut up – Tuface tells Blackface, begs him to stop killing himself