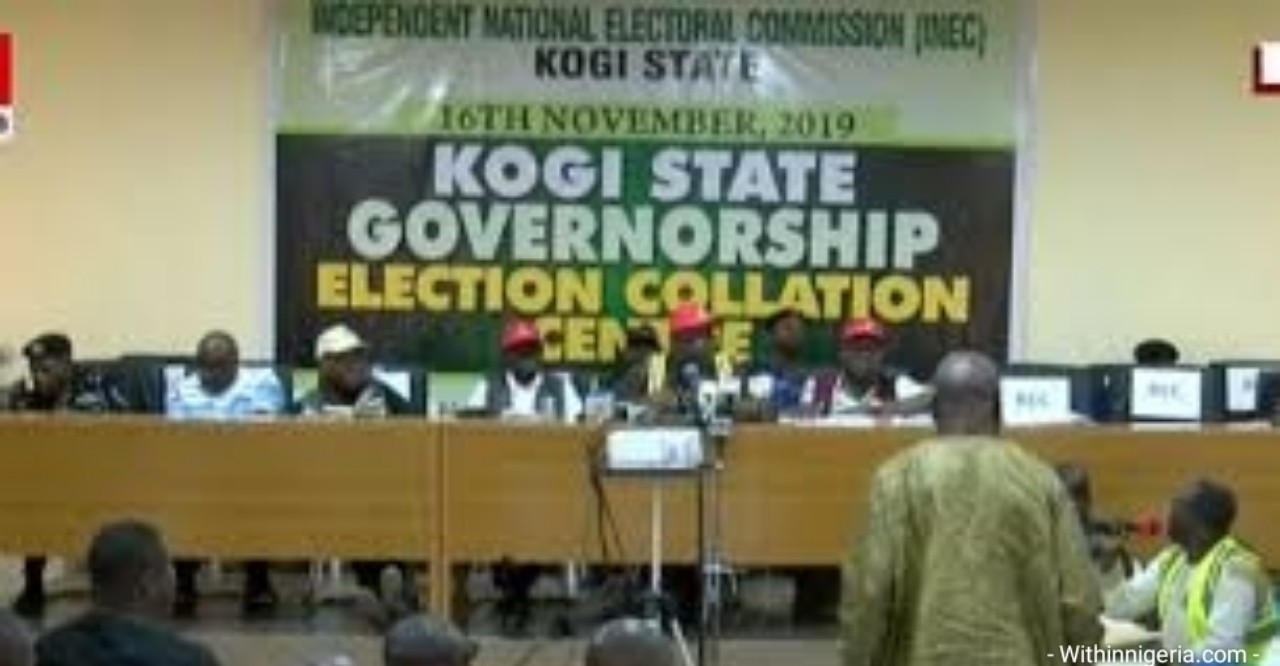 The Independent National Electoral Commission, INEC, has suspended the collation of results in Kogi State.

The commission suspended the process at 8pm following request from agents of the Peoples Democratic Party, PDP.

The returning officer for the election, Prof Ibrahim Garba, announced the suspension of the collation process after the announcement of result from Dekina Local Government Area.

He announced that the collation of results has been postponed till Monday at 9am due to absence of two collation officers from Ibaji and Lokoja.

OAP Warri Pikin gushes over husband, recounts when things were tough for them

INEC: No winners will be declared in violent polls