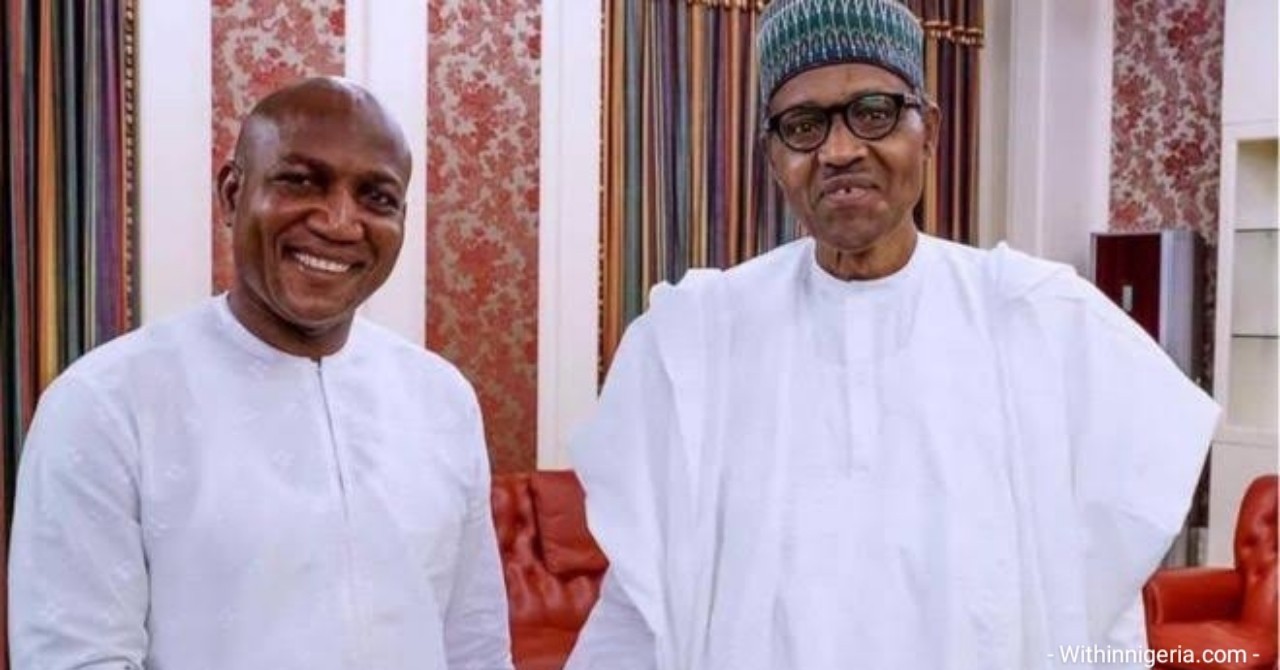 WITHIN NIGERIA recalls that Lyon was declared winner of the November 16 governorship election in the State.

Lyon was accompanied to the Villa by the Chairman All Progressives Congress (APC) governorship campaign and Jigawa State Governor, Abubakar Badaru, Governor of Kebbi State, Atiku Bagudu and the Minister of State for Petroleum, Timipre Silver.

WITHIN NIGERIA reports that President Buhari had Congratulated David Lyon on his victory.

Meanwhile, Buhari is presently in a meeting with David Lyon, the meeting was still in progress at the time of filing this report.