Nollywood actor, Adeyemi Okanlawon fought dirty with an Instagram troll who tried to correct his choice of words as he sent a birthday shout out to media personality, Toke Makinwa. 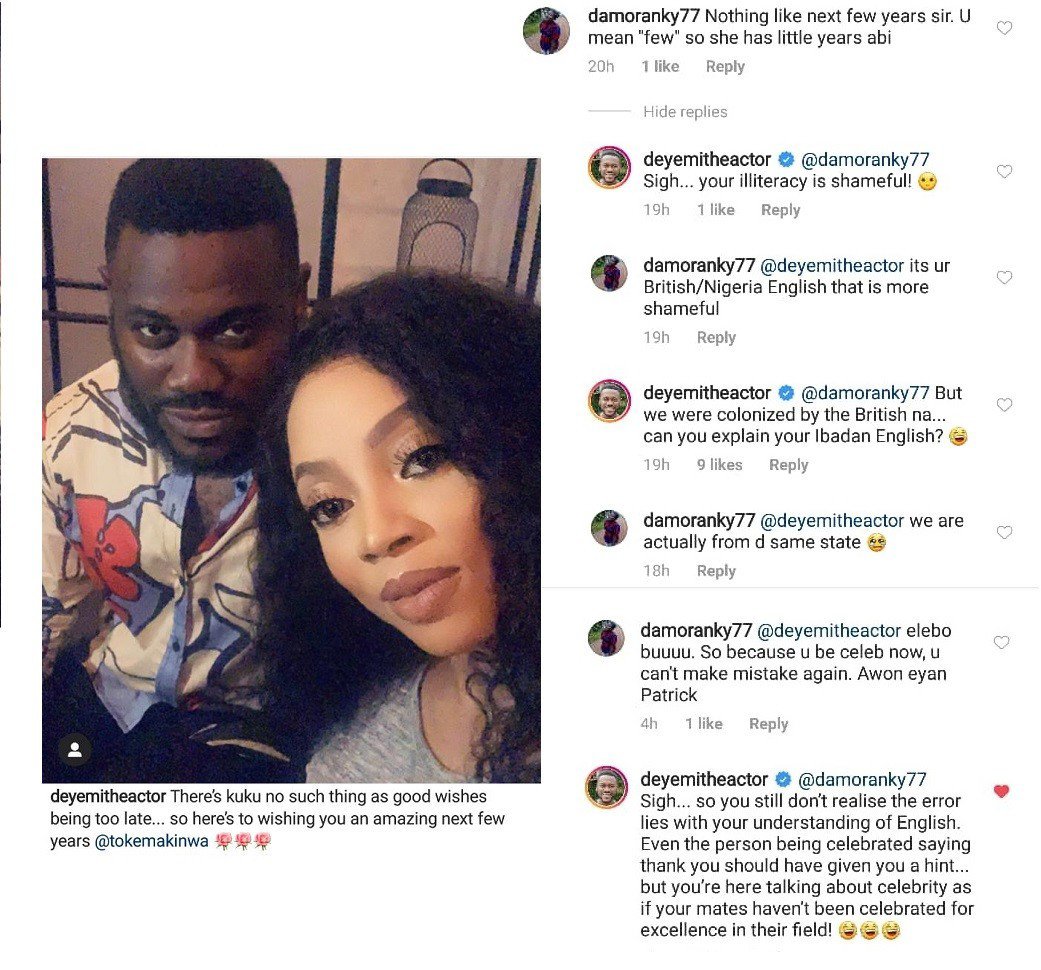 Deyemi Okanlawon is a Nigerian film, television, theater and voice actor. He is best known for his roles in the TV Series Gidi Up and An African City and featured in Movies, If Tomorrow Comes and Road to Yesterday as well as his cameo appearances in a number of Nigerian music videos including No be You by Waje and Soldier by Falz The Bahd Guy.

Okanlawon was born in Lagos, Southwest Nigeria to an Aircraft Engineer father Adeyemi Okanlawon, and Adeyinka Okanlawon a baker and entrepreneur.

He had his primary school education at Taikenny Nursery and Primary School in Lagos, and his secondary education at International School, Lagos. He then went on to study Chemical Engineering at the University of Lagos,[2] Lagos, Nigeria.

A former baker and sales and marketing executive he also obtained a Certificate in Acting for Film, from the New York Film Academy.