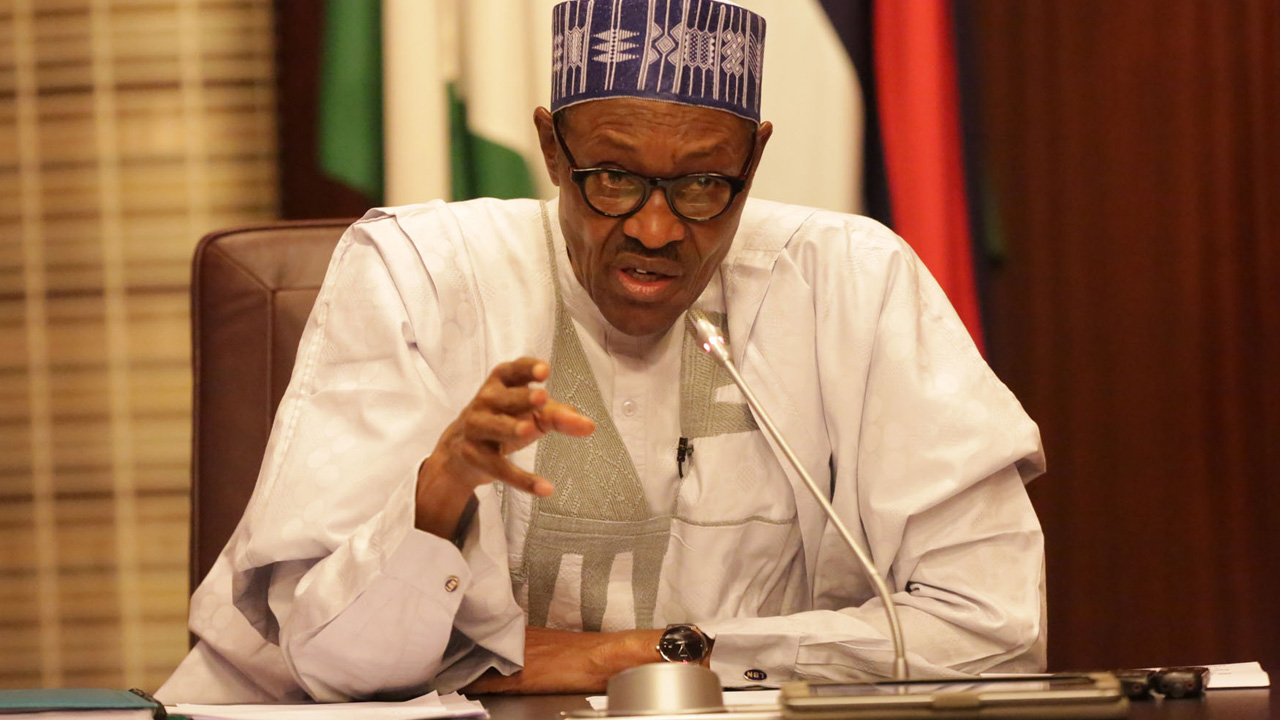 President Muhammadu Buhari yesterday urged persons dissatisfied with the outcome of the governorship elections in Bayelsa and Kogi states to seek redress in court.

Governor Yahaya Bello who sought re-election on the platform of the All Progressives Congress (APC) won in Kogi State while David Lyon, also of the APC, triumphed in Bayelsa.

Meanwhile, Musa Wada, the candidate of the main opposition Peoples Democratic Party (PDP) in Kogi and his Bayelsa counterpart, Duoye Diri, has since rejected the results.

Buhari, in separate statements by Special Adviser on Media and Publicity Femi Adesina, admitted that the elections featured “isolated incidents of violence” which he blamed on “desperate politicians.”

He said: “Violence during elections vitiates our commitment to demonstrate to the world and upcoming generation that we are a people capable of electing leaders in a peaceful and orderly manner.”

He, however, noted that officials of the Independent National Electoral Commission (INEC) and security agencies did their best within the ambit of the law to ensure free, fair and credible elections.

He said: “All those dissatisfied with the outcome of the election should, in seeking redress, approach the courts…seek redress through the constitutionally-established channels.”

But opposition candidates, especially in Kogi State, blamed the APC-led government for the violence. Wada vowed to seek legal redress.

Addressing journalists at the PDP National Secretariat in Abuja, he faulted INEC for declaring the results despite disruptions to the process.

He said: “What happened in Kogi was an organised war against democracy, a coup against the people, and seizure of power through brigandage and the barrel of the gun, with members of the police and other security agencies coordinating the stealing of the people’s votes.

“The police aided armed APC thugs to invade polling units with impunity. They shot and killed voters and carted away ballot boxes to government facilities where results were written in favour of APC and handed over to INEC to announce against the will of the people.

“Police helicopters were used to attack polling units, fire tear gas on voters and provide cover to APC hoodlums and policemen who brutalised the people of Kogi state and stole their mandate.

“The APC turned our state into a theatre of war. No fewer than nine innocent Nigerians were killed. Many more were maimed and injured by the APC, in their desperation to seize power at all cost.”

Wada added: “In order to achieve this ignoble goal, INEC cancelled our votes in areas of our stronghold, subtracted from our votes in many other areas and padded the votes of APC to give a semblance of victory for APC. The people of Kogi were horrified, brutalised and dehumanised. There has been weeping across the state since the announcement of another four years of Yahaya Bello.

“We, therefore, stand with the people of Kogi and state without equivocation that this brigandage and stealing of our mandate cannot stand. We will never despair but remain strong in our determination to retrieve the mandate freely given to us by the people in their desire for a change. We will pursue this course to its logical conclusion within the confines of the law of this country.”

Also, In Bayelsa State, Diri rejected the outcome of the Election, urging INEC to overturn its declaration of Lyon as the victor. He told newsmen in Yenagoa that results monitored by his party showed he won and he should, therefore, be declared governor-elect.