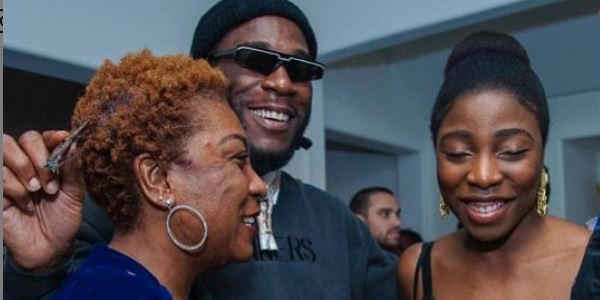 Nigerian singer, Burna Boy got nominated alongside world stars in the 62nd Grammy Awards nominations that was released earlier today and his mother, Bose Ogulu who doubles as his manager has reacted to the news in the most bragging way possible.

Bose took to her Instagram profile to update her profile to the most cheeky title only a proud mother can give herself. The excited mother updated her profile to ‘Talent Manager to GRAMMY NOMINEE’.

See a screenshot below:

Burna Boy’s album, African Giant got nominated in the Best World Album category. He was nominated in the category alongside Altin Gün for Gece, Bokanté & Metropole Orkest Conducted By Jules Buckley for What Heat, Nathalie Joachim With Spektral Quartet for Fanm D’Ayiti, and Angelique Kidjo for Celia.