The major award itself will be held on January 26, 2020 and it will be hosted by Alicia Keys. Nominees were led by Lizzo with eight nominations. She is followed by Billie Eilish and Lil Nas X with six nominations.

One of Nigeria’s top musicians, Damini Ogulu, popularly called Burna Boy, has achieved great feats in his musical career and made the country proud.

Burna Boy’s album, African Giant got nominated in the Best World Album category. He was nominated in the category alongside Altin Gün for Gece, Bokanté & Metropole Orkest Conducted By Jules Buckley for What Heat, Nathalie Joachim With Spektral Quartet for Fanm D’Ayiti, and Angelique Kidjo for Celia. 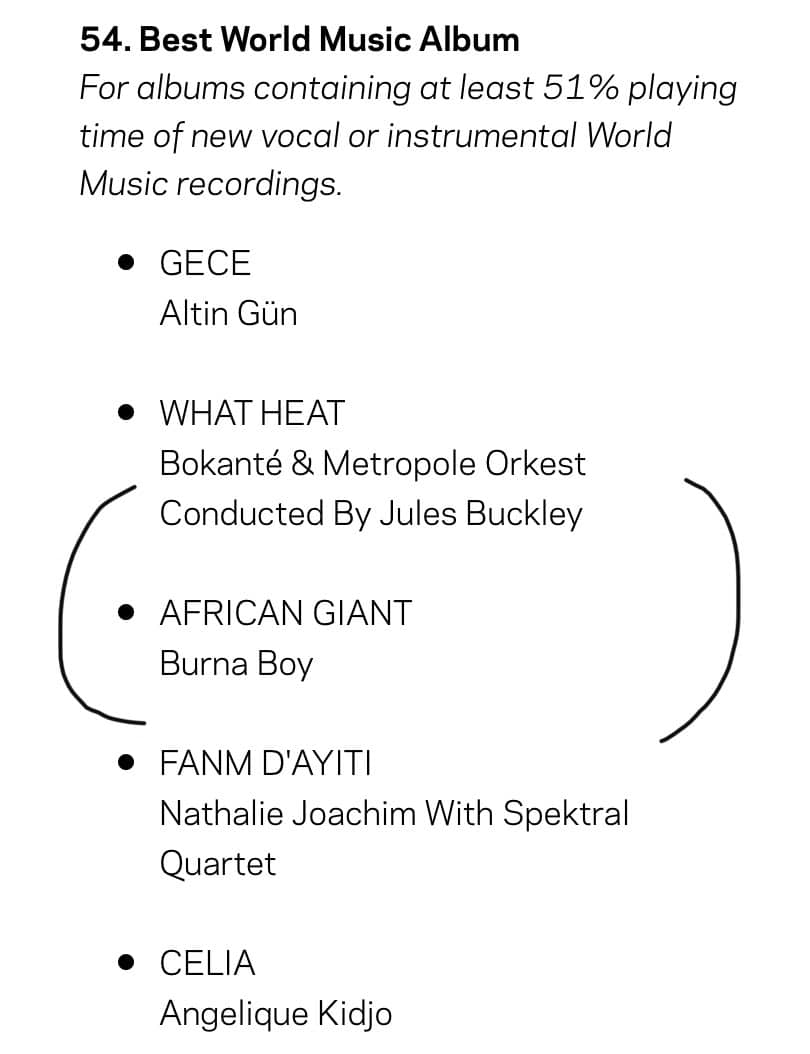 Burna Boy follows in the footsteps of Seun Kuti, Femi Kuti and King Sunny Ade in getting nominated in that category at the Grammy Awards. Other Nigerian Grammy nominees include, Babatune Olatunji, Wizkid, Timaya and Kah Lo. The only Nigerian to win a Grammy Award remains Sikiru Adepoju.