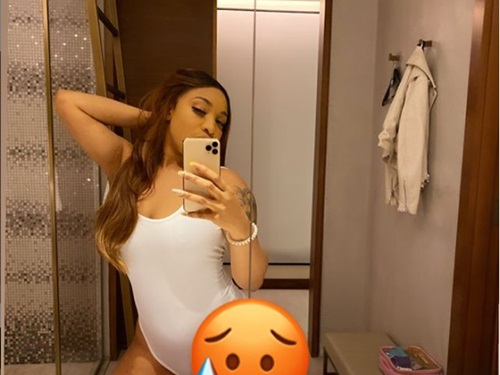 Drama queen and actress, Tonto who got the internet buzzing when the news of her arrest in Dubai was announced, is back.

The controversial star has finally been released to go home, and for this reason she setting internet ablaze in a sexy white bodysuit that showcased her curves, with some puzzling captions:

“AVIOD PEOPLE WHO ARE CLOSE TO PEOPLE WHO DISLIKE YOU!!
THEY ARE DANGEROUS..” She began.

‘You made me stop wearing pants’ — Lady tells boyfriend in…

” AINT HURT NOBODY..
BUT MAMA MAMA MAMA I SHOT AWHOLE NATION DOWN!!” She added. 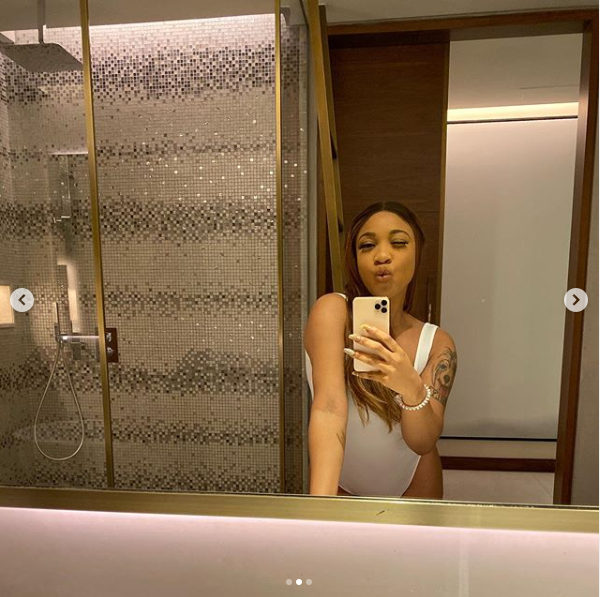 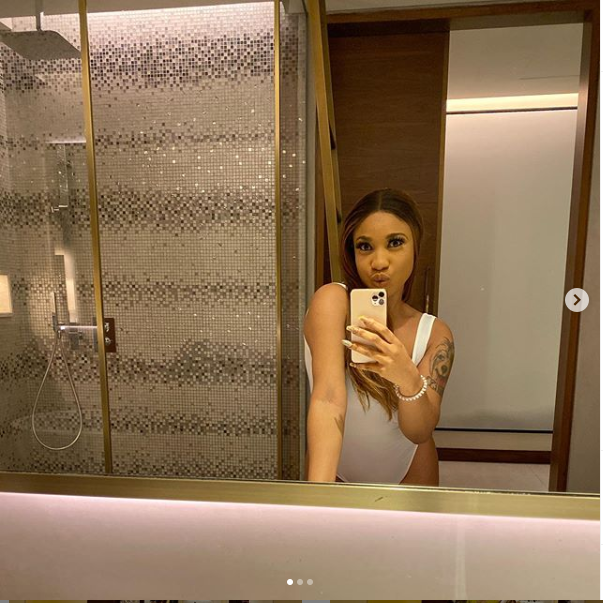 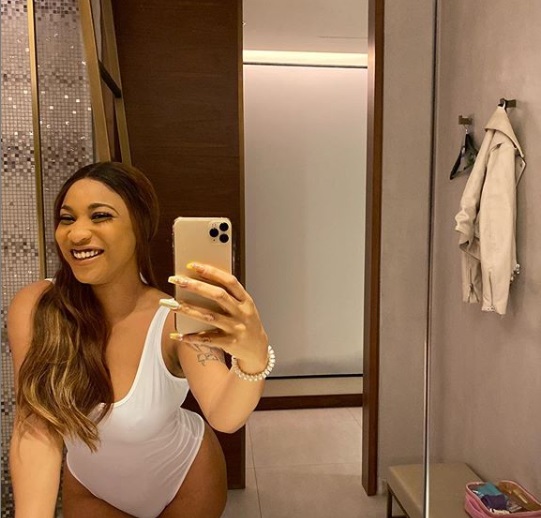 ‘You made me stop wearing pants’ — Lady tells boyfriend in…