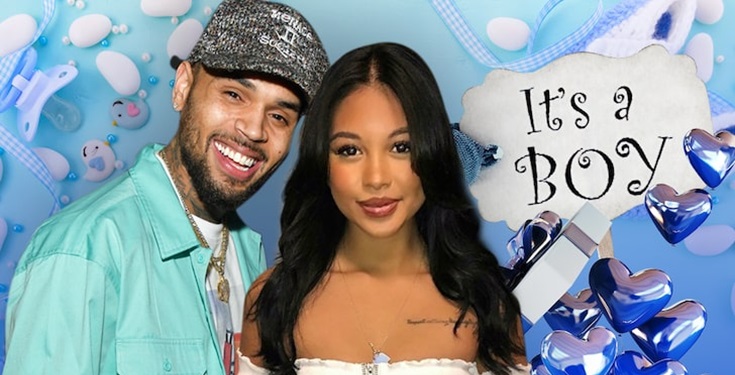 Chris Brown has revealed the name he gave to his newborn son he welcomed with his ex-girlfriend, Ammika Harris, 26.

The 30-year-old R&B singer took to Instagram to share a photo of himself and then wrote the nickname of his five-year-old daughter Royalty followed by the name of his second child. ‘RORO & AEKO(ECHO), ‘ he wrote.

He also wore a Dickies jacket with embroidery including ‘RORO & AEKO’ and ‘hostile takeover’ on it. The child was born on Wednesday, with the singer celebrating the news by posting the date – 11-20-19 – to his Instagram Stories.

The proud father also shared a picture of himself smiling down at something off camera, and an image wearing a hoodie with the word ‘born’ embroidered on it.