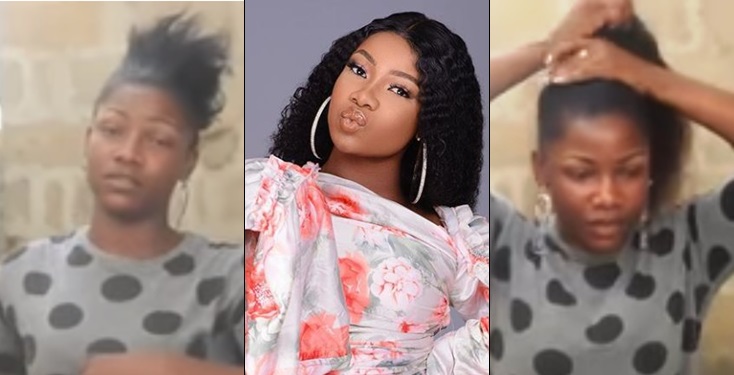 An epic throwback video of former Big Brother Naija housemate, Tacha, which has caused  mixed reactions on social media has hit the internet .

The video captured the reality star doing a hair and make-up tutorial for her few fans back then, before she became a celebrity. Apparently, Tacha’s hustle for fame didn’t just start with Big Brother.

While Titans have showered praises on their Queen for being so consistent and determined to make it, others have slammed the reality star for changing her skin colour.