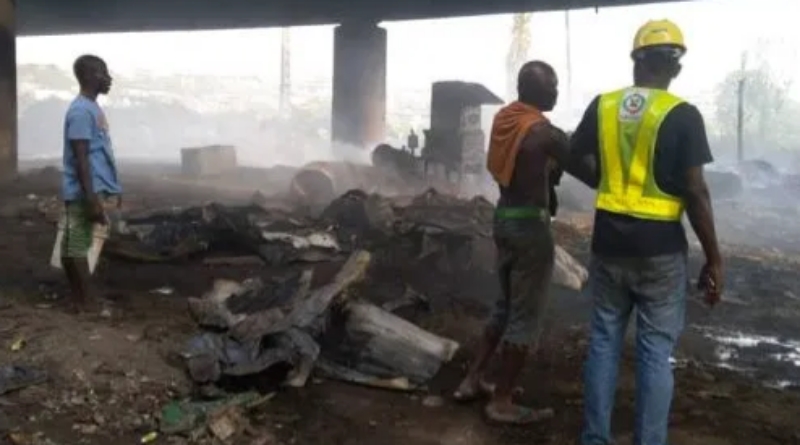 Following a fire outbreak that happened under the Odo-Iya Alaro Bridge inward Ojota, the Lagos State Emergency Management Agency (LASEMA) has disclosed that a loose electrical cable of the Power Holding Company of Nigeria sparkedaaa the outbreak on Sunday, December 1st.

Dr Oke Osanyintolu, the Director-General of Lagos State Emergency Management Agency (LASEMA) stated that investigation revealed that a 32KVA electrical cable detached from the pole, resulting into fire after it fell on combustible items such as plastics and papers.

“The fire was immediately put off by the LASEMA Response Team, Federal Fire Service and Lagos State Fire Service,” he said.

According to him, no injury was recorded or life lost in the incident that destroyed 15 shops and damaged other property at the Owode-Oniri Market in Lagos State on Sunday.

Oke-Osanyintolu said the fire started at 10:27 a.m. The director-general said that the fire emanated from one of the several electrical lines in the market.

“The cause of the fire is still unknown as there is no power supply within the market. No life was lost, but valuable items were destroyed, though the spread of the fire was curtailed, he added.

Osanyintolu further stressed that no fewer than 15 shops were gutted by fire as counted.