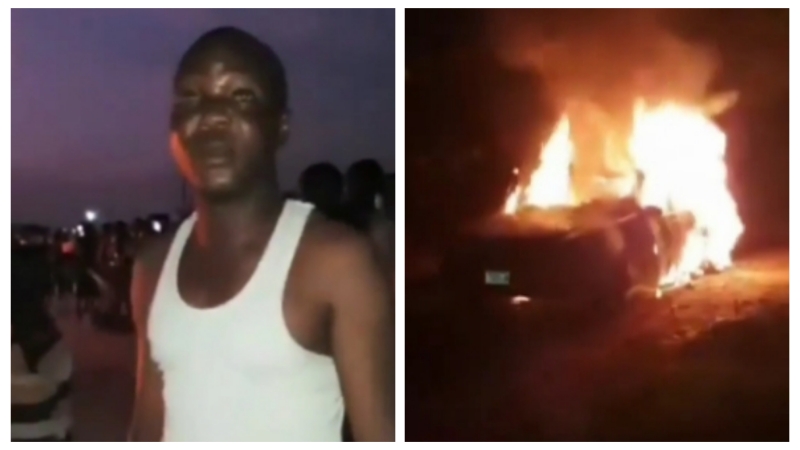 VIDEO: Corpse of late Navy Officer burnt on the way to sapele for burial

The car transporting the corpse of a yet-to-be identified Navy officer has reportedly gutted fire on its way to Delta for funeral ceremony.

WITHIN NIGERIA gathered that the ugly incident happened along Amukpe-Eku Abraka road in Sapele, Delta community.

In a viral video that captured the ugly incident, a yet-to-be identified man can be seen explaining the situation at the background.

He blamed the sorry state of roads for the incident.

The car developed fault and gutted fire and burnt down with the corpse inside the car, he lamented.

While reacting to the incident, the driver of the car said that he was coming from Ogun state before the car gutted fire and a 16-year-old young guy is also a victim of the fire incident.