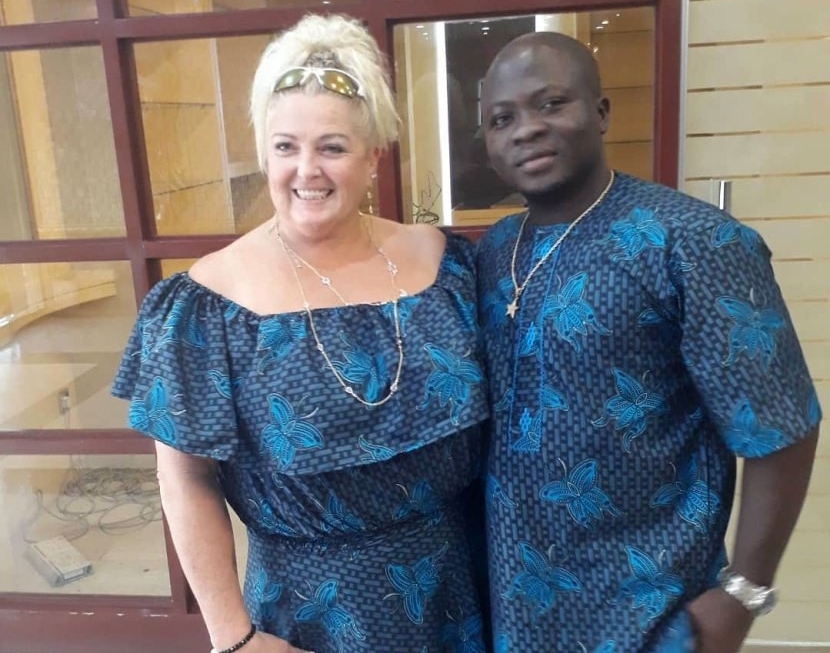 Angela who was devastated about the news said she received a phone call from her daughter Skyla about her mother’s hospitalization just after leaving a local bar with her husband Ilesanmi to enjoy their wedding night.

She said in an emotional selfie video;

“All I can understand [from] what she’s saying is Grandma, my mom, is unresponsive and an ambulance is there. So, I won’t know no more until Skyla calls me and at this point, I can’t get a hold of her. I don’t know. I don’t know.”

The next message on the screen read: “An hour later, Skyla updated Angela that her mother is at the hospital in the ICU.”

“It’s driving me crazy, I wish I could leave tonight but I can’t. And it’s upsetting to me that I can’t go. So, I’m trying to get a plane to get to the states because we don’t know the condition of my mother and all I know is she can not be there when I get back.”

Though the Sunday, September 13 episode ended on a cliffhanger, it seems like Angela was able to make it back to the United States before her mother’s death.