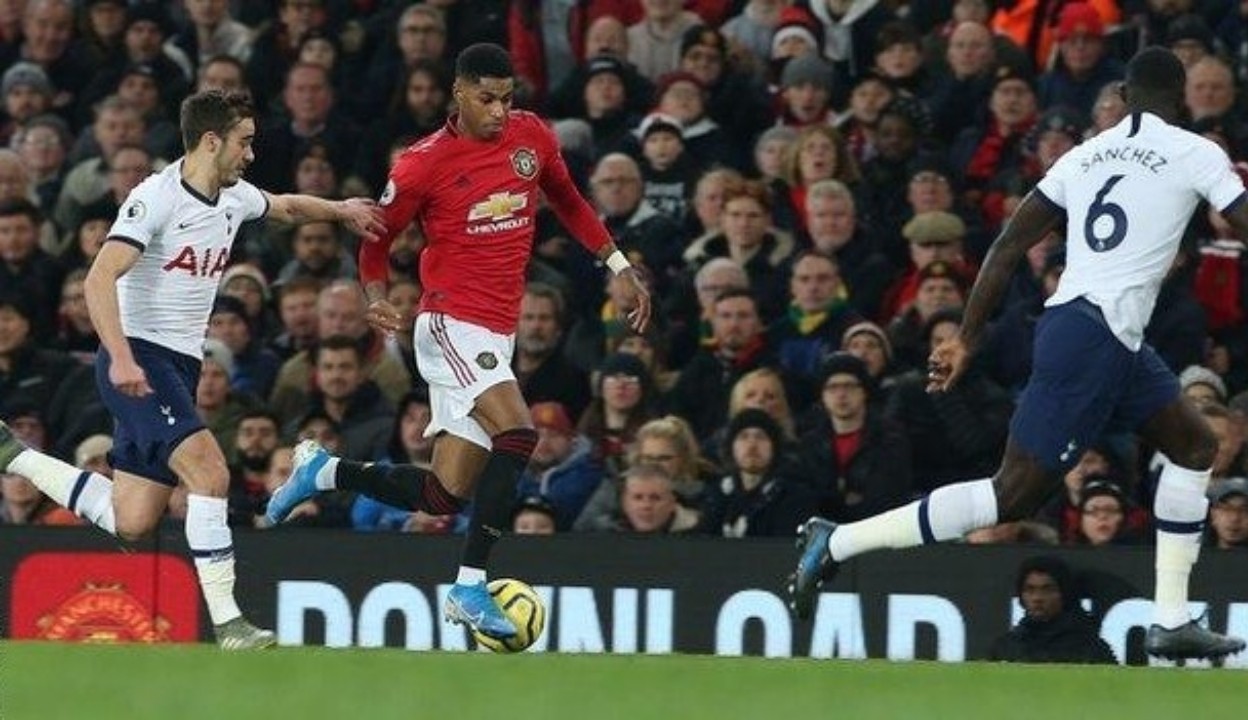 The England striker scored either side of Dele Alli’s magnificent individual effort to earn United a 2-1 win over Tottenham, and inflict Mourinho’s first defeat since he replaced Mauricio Pochettino in the Spurs dugout last month.

Less than ten minutes into the game, Rashford picked up a loose ball; beating Spurs goalkeeper Paulo Gazzaniga low at his near post.

Though United were dominating the proceedings after taking the lead, the Red Devils failed to take full advantage of their dominance, and a moment of magic from Alli saw the sides go into the break on level terms.

United emerged from the half time break back on the front foot, and within three minutes Rashford had restored the lead from the spot after being brought down by a clumsy Moussa Sissoko challenge.

Both teams had decent chances later on but there were no more goals for either side.

Speaking after the game, Tottenham coach, Mourinho was quoted by Football London as telling reporters in his post-match press conference: “I think for 30 minutes they were not just better than us, they were much better than us.

“They were better than us in aggression and intensity, winning 50-50 duels. We were lucky. Then at the end of the first half we were us, and United were worried.

“Second half we made some adjustments and we thought we were going to win it. The second goal is hard to process.”