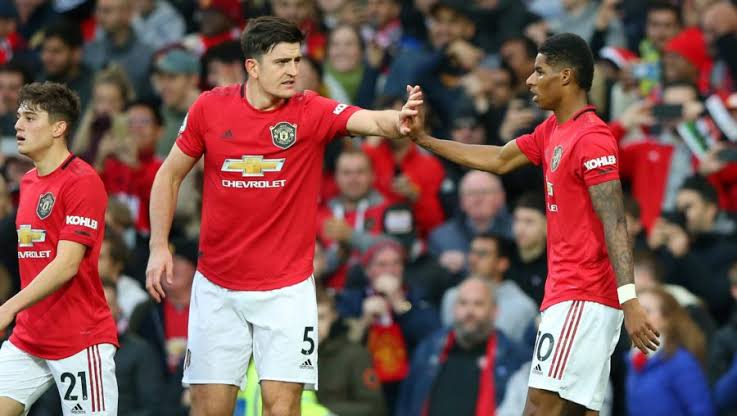 Manchester United’s hopes of a fourth successive away win may hinge on in-form forward Marcus Rashford passing a fitness test after manager Ole Gunnar Solskjaer revealed he had hurt his knee.

Rashford, who injured his knee celebrating his stunning second goal in Wednesday’s 2-1 League Cup win over Chelsea, is one of three key players who face late fitness tests on the eve of the match with Bournemouth on Saturday.

Rashford, who turned 22 on Thursday, is a doubt along with defenders Harry Maguire and Victor Lindelof, who picked up knocks late on in the Chelsea clash.

“Hopefully we can get them back on the pitch tomorrow (Saturday).

“They had some treatment yesterday (Thursday) and they need a little more treatment today and a light session.”

Rashford has been a pivotal figure in United’s upturn in fortunes.

He has scored five goals in his last five games, with four for United and one for England in the 6-0 win over Bulgaria in the Euro 2020 qualifier last month.

His goals have helped United to an unbeaten run of four matches, a win and a draw in the Premier League plus wins in the Europa League and League Cup.

Rashford has been a different figure to the player who had managed one goal in his previous 12 games for club and country.

Solskjaer has credited the return from injury of Anthony Martial who has served as an important support to Rashford in attack.

“Since Anthony has come back, Marcus has flourished as well,” said Solskjaer.

“He is happier, facing goal, driving at people, taking players on instead of being that target man with his back to goal.

“But Marcus wants to master all the skills in the end. But he has only just turned 22 so I am sure we will see him upfront as a number nine.

“It may be as a two with Anthony or as part of a three like we did at Norwich or out wide as we did at Chelsea.

“There are different ways of playing with Marcus.”

After successive away win at Partizan Belgrade in the Europa League, Norwich in the Premier League and then Chelsea, United hope to round off a run of four successive games on the road with another victory.

The uptick in form has changed the mood around Old Trafford, and Solskjaer believes the 1-1 draw with rivals Liverpool two weeks ago — United are the only team to take points off the leaders thus far this term — marked a line in the sand.

“The international break came at a great time for us,” said the Norwegian.

“We prepared for the Liverpool game and when you get decent performance and result against the league leaders, it gives you a bit more energy.

“From then on, the boys were happy with the work we did.”

Also, Ole Gunnar Solskjaer admits that apart from Marcus Rashford, Harry Maguire and Victor Lindelof are all doubts for Manchester United’s clash with Bournemouth due to injury.

Maguire and Lindelof, who both started in the victory over Frank Lampard’s side at Stamford Bridge, also suffered knocks during the game and are a doubt for Saturday’s match, which is a big blow-out for the side.

How IyaboOjo Reportedly Joined Jaruma, Others to Disown Mompha as EFCC Begins to Arrest His Friends