Nigerian Hip hop singer, Orezi was on Friday involved in a car crash on the popular Third Mainland Bridge in Lagos.

The ‘Rihanna’ crooner explained that he was rushing to catch his flight to Delta State for a performance.

Orezi said he had called for an Uber around 5:30am in the morning and all of a sudden, he woke up to a crash on Third Mainland bridge.

Singer, Orezi demands N100m from Bolt, one month after car crash that…

According to him “I was seated at the back when it happened and it seems I crash my jaw into the front seat so I lost consciousness and was just bleeding from everywhere. I still managed to make the flight after I got first aid but I’m fine now”. 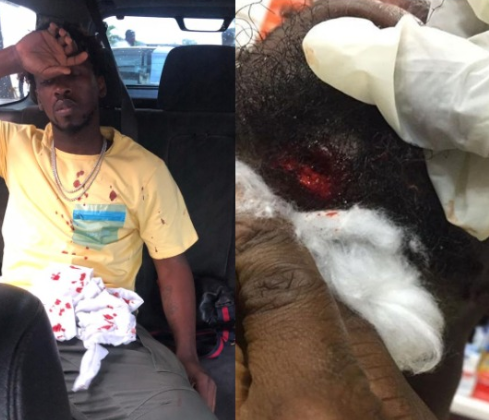 Singer, Orezi demands N100m from Bolt, one month after car crash that broke his jaw

‘No one celebrated my life when I had ghastly accident, fake love everywhere’ – Yul…

Angela Okorie Calls Out Quilox Club After An Accident (video)