It is no news that DWM Singer, Adewale Mayowa Emmanuel, known professionally as Mayorkun goes around with police escorts but what many are curious about is the reason behind such act. 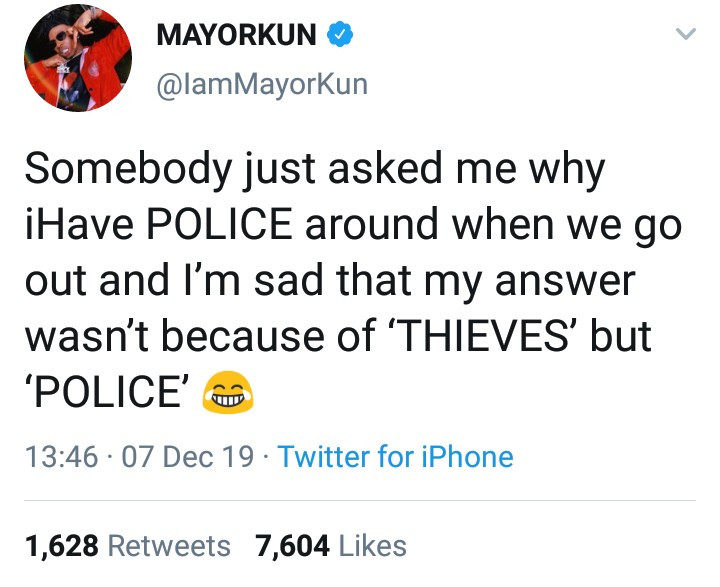