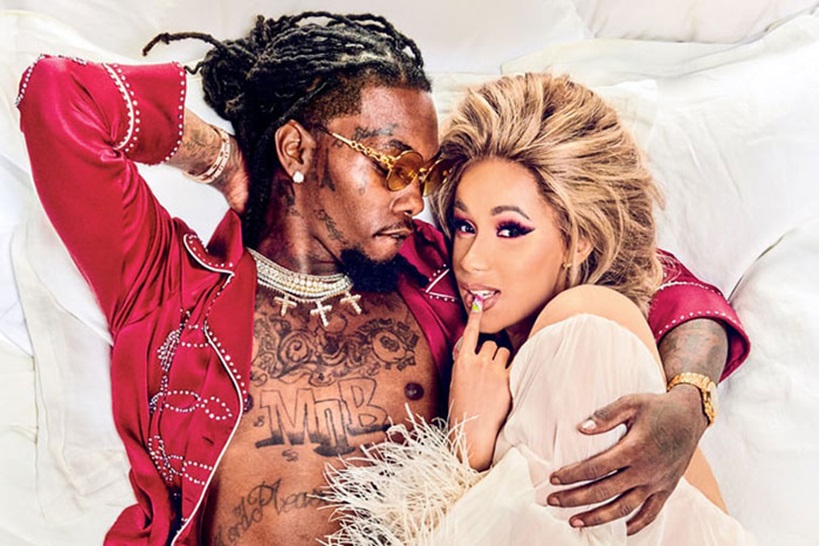 Cardi B reveals how she ‘prayed and hired pastors’ to rebuild marriage to alleged cheating hubby, Offset

American rapper, Cardi B  who rekindled her love for her cheating husband, Offset, earlier this year after announcing their split in December 2018 said she not only prayed but hired priests to come over to their home to pray with them and make their marriage work.

Cardi B and Offset who got married late 2017 in a private ceremony have had a turbulent relationship following several cheating allegation, after pictures of the rapper with other women surfaced on the internet.

The  rapper who was recently in Nigeria, was heavily criticized after she turned a blind eye to his cheating, which did not deter him from sneaking around with other women.

‘When me and my husband got into our issues—you know, he cheated and everything—and I decided to stay with him and work together with him, a lot of people were so mad at me; a lot of women felt disappointed in me,’ she revealed.

In a recent interview, the rapper opened about her marriage with Offset she explained how she was able to get past the cheating scandals. She revealed that she and her husband had priests come over to pray with them and they later came to an understanding to make the marriage work.

“Everybody has issues. I believe in forgiveness.I prayed on it. Me and my husband, we prayed on it. We had priests come to us. And we just came to an understanding like, bro, it’s really us against the world.

“He has my back for everything, I have his back for everything, so when you cheat, you’re betraying the person that has your back the most,” she continued. “Why would you do that? We have come to a clear understanding. For me, monogamy is the only way. I’ll beat your a– if you cheat on me.”