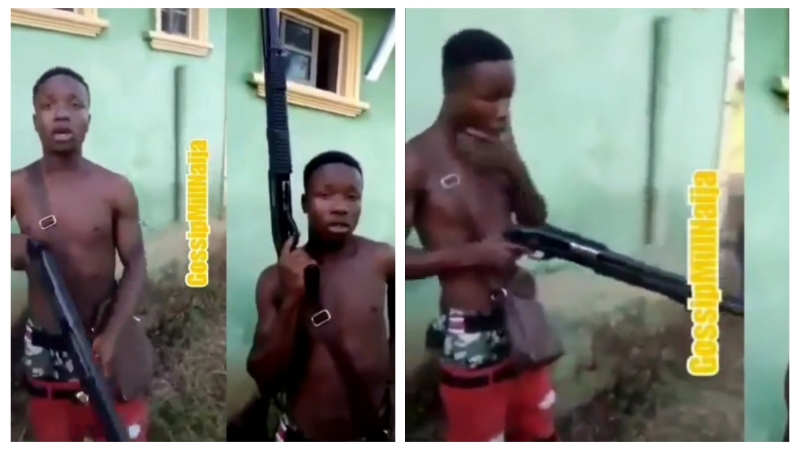 Two months after a corps member was coldly murdered in a reprisal cult attack in Edo state, a video of yet-to-be identified notorious maphite cult member who vowed to pursue every single aye cult member away from Edo state has surfaced online.

Inside the 30-seconds video, the notorious maphite cult member can be seen displaying his brand new pump action while he gently put bullets inside the pump action.

The yet-to-be identified cult member can be heard inside the 30-seconds video that he is ready to gun down every Aye cult member in Edo state and demonstrated how he would send them away from the state if he’s given a car.

"I am Going To Pursue Every Single Aye Cult Member Away From Benin City Edo State" – Notorious Maphite Cult Member Vows As He Shows Off His Brand New Pump Action!!

In a related story, three persons were injured on Saturday in a clash among suspected cultists and vigilantes at Fugar in Estako Central Local Government Area of Edo State.