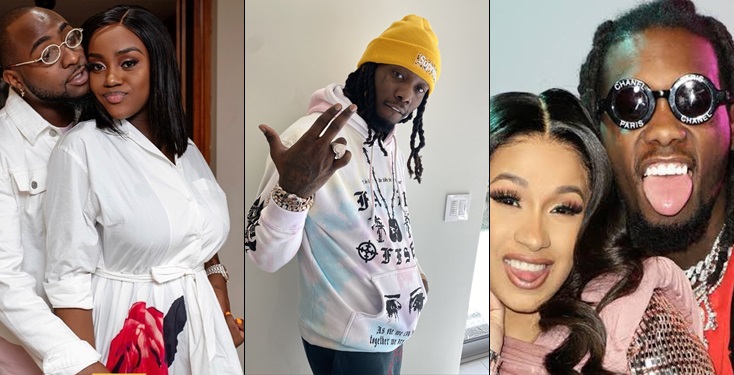 Rapper, Offset has reacts furiously, weeks after his wife, Cardi B visited Nigeria and adopted the name, ‘Chioma B’, which is similar to Davido’s wife’s name, Chioma.

America rapper, Offset who recently found out about the new name, took to social media to slam Davido’s wife-to-be, Chioma, wondering, why on earth, his wife, a Grammy award winning rapper, would stoop so low as to call herself Chioma B.

And Davido wasted no time in replying the rapper, whom he called a disappointment, declaring that  his wife’s name  is better than his entire generation. 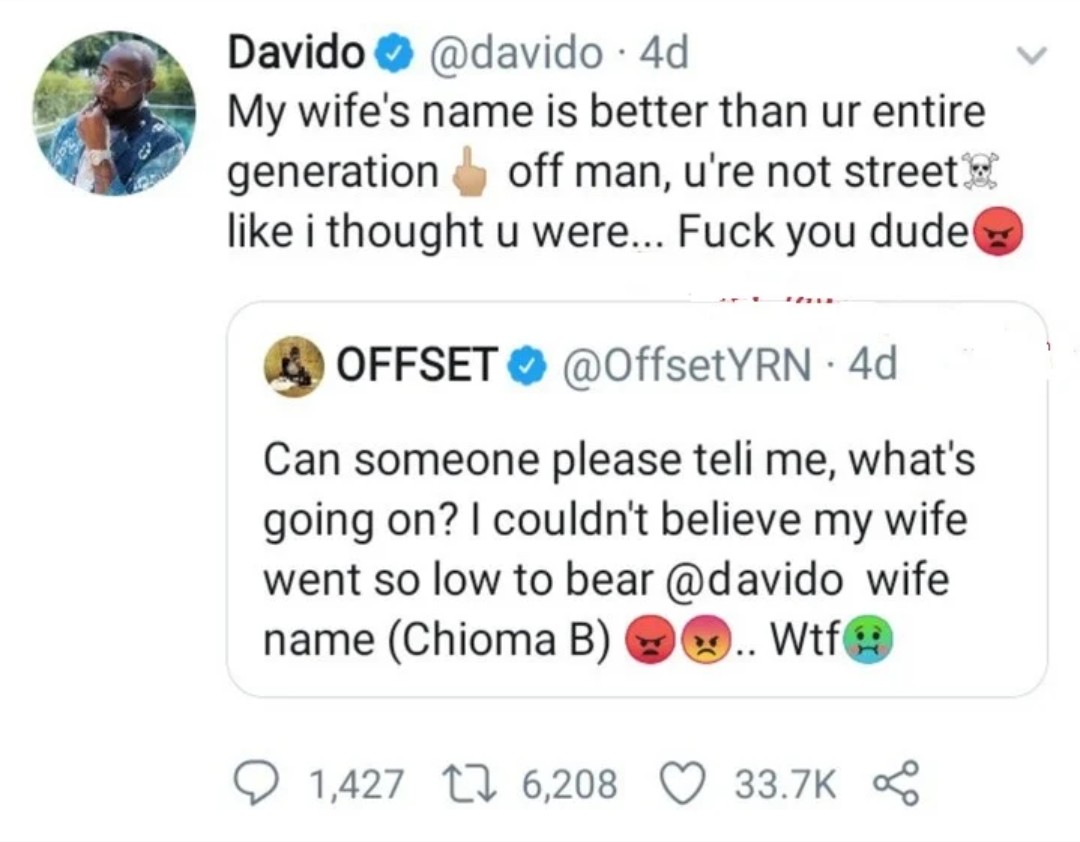