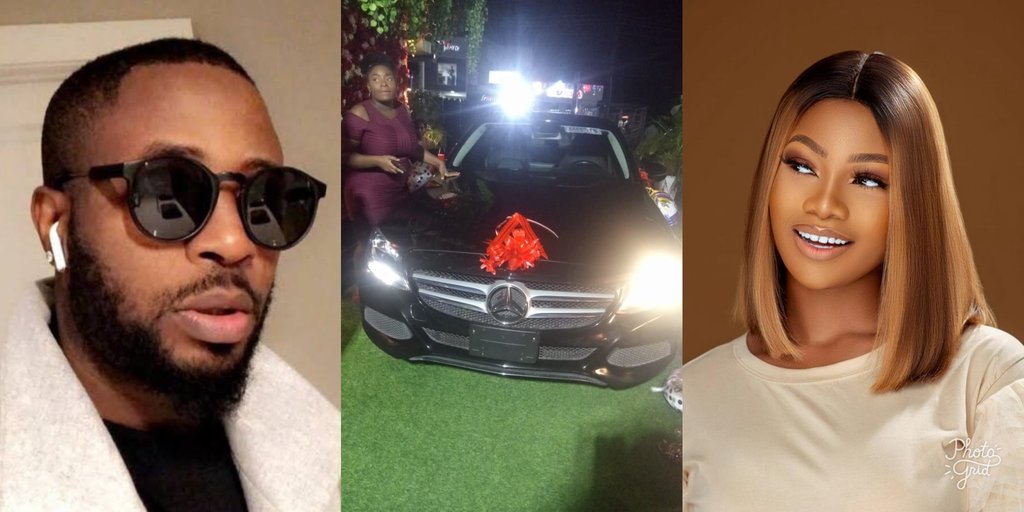 Following the now-viral news that Tacha fans gifted her a brand new Mercedez Benz worth around N9m, former singer, Tunde Ednut has raised eyebrows over the credibility of the news.

Speaking via his Instagram page, he sought to know who the fans are and also queried where they contributed the money to buy the car.

Just saying… Which fans? In what country? Fans that only make noise online? Trust me, the idiots that will start insulting under this post don’t have that money and didn’t contribute for that car. Comment only if you contributed for the car.….. Once again, the car is nice sha… FAN KO, FANSIDER NI, FAN YOGO Ni. 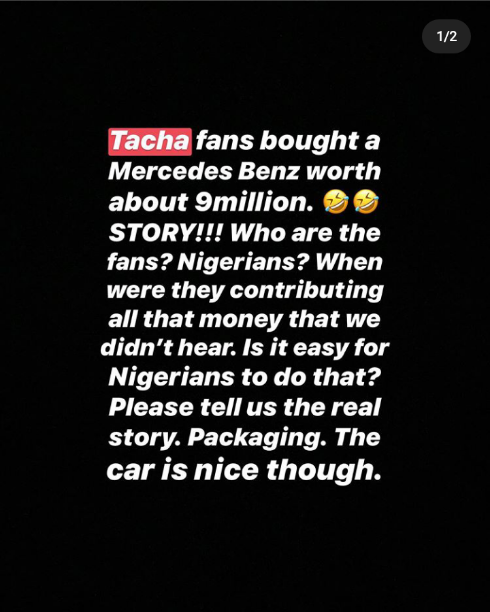 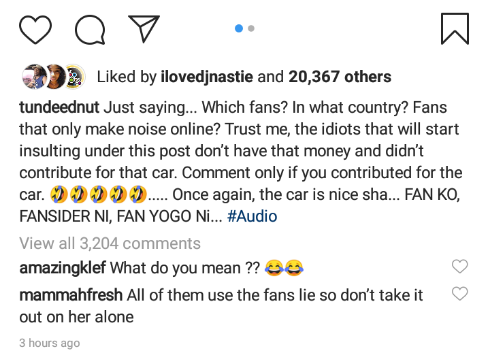