Former Nollywood actress Victoria Inyama has come very hard on a troll who accused her of being among the ladies actor Richard Mofe Damijo had sexual encounter with in the past.

After RMD posted photos to celebrate,  Victoria Inyama took to the comment section to congratulate the couple  with emojis.

Then a  follower went under her comment to shade her, saying that she was one of the actresses, RMD ‘ate’ like suya’

“This man chop Victoria Inyama them and co like suya those days’ He wrote.

And consequently, the US based actress did not take the comment lightly, as she came very hard on him, telling him to ask his mother to reveal the number of masquerades that impregnated her to birth a ‘ numskull’ like him… 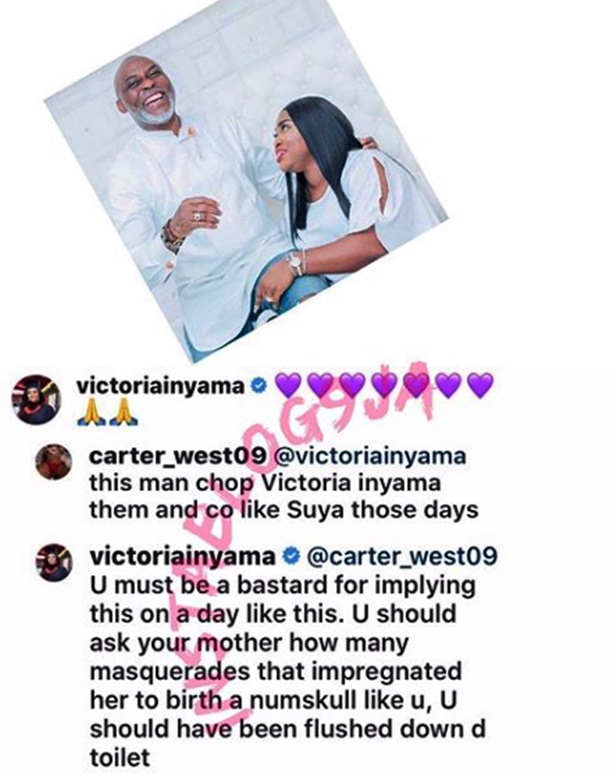