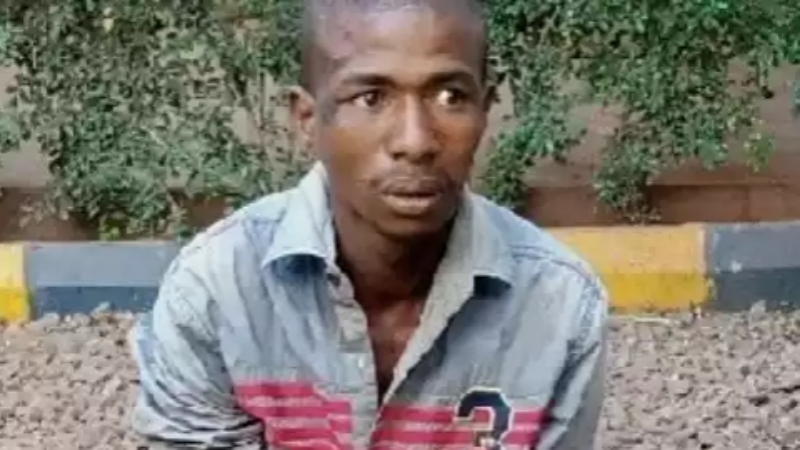 This suspect made the confession when he was paraded before reporters at the state police command in Abakaliki, the capital of Ebonyi state on Monday, December 30th.

Laolu Isa further disclosed that he committed the act under the influence of alcohol.

According to him, the deceased woman insulted him and that led to a struggle before he was able to overpower her and raped her to her death.

Laolu said, ” I am Laulo Isa, I am from Nassarawa. I came to work here in Ebonyi. I was seriously drunk and saw a woman in the night walking along the road. I approached her for sex and she started abusing me”

“We started abusing ourselves and I immediately pounced on her and she started struggling with me to free herself. I was seriously drunk at that time. As I was on her, a man who was passing flashed his torchlight on me and I ran away”.

While reacting on the development, the state Commissioner of Police, Awotunde Awosola said Isa would be charged to court soon.

”On December 28, 2019, at about 8:pm, one Laulo Isa a herdsman aged 20 years accosted and waylaid one 54 years old Mary Okereke on Ufuezeraku Ugwulangwu road in Ohaozara local government area. There was a struggle between the two of them but he overpowered the woman and had carnal knowledge of the woman. Unfortunately, the woman lost her life during the incident” he said

Awosola added that the joint efforts of Fulani herdsmen led to the arrest of Isa who fled the scene of the incident, leaving some of his belongings behind.