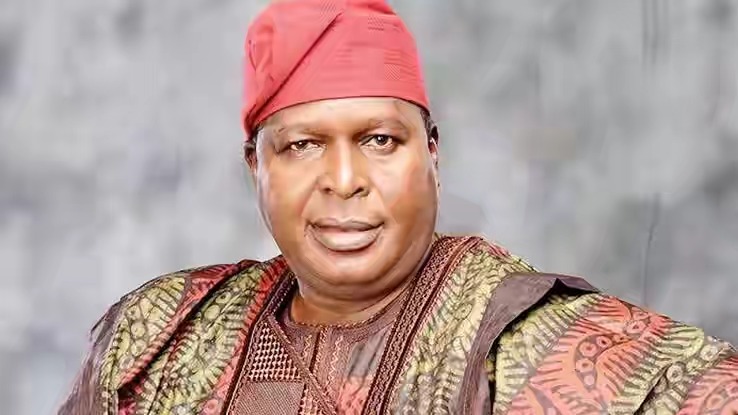 A report released by the office of the Auditor-General of the Federation has allegedly indicted the director-general of the National Council for Arts and Culture in a multi-million naira scam.

The Director-General of the National Council for Arts and Culture, Olusegun Runsewe who became popular after he had a face-off with cross-dresser Bobrisky.

According to reports, Runsewe was alleged of buying N5.6 million car after he assumed office in 2017 without certification from the agency’s transport officer and auditor without proper explanation.

The audit report which revealed there might be a possible occurrence of waste and diversion of funds to personal use, added that there are no supporting documents attached to the payment voucher such as receipts, invoices, SRV, SIV, the company’s request letter for payment and minutes of the Tenders’ Board meeting.

Contract awards and payments made by the agency were also found to have irregularities. It was gathered that there was no payment voucher for N44.3 million paid directly to a contractor for the construction of National Research Centre in Durban Tradition, Kaduna on May 2, 2017.

A full payment was made to the contractor before the job began and it was learnt the contract award letter was not signed by the DG and there was also no proof of approval from the Council’s Tenders Board since the sum was above the approval limit of the DG.

Bobrisky reacts after Top govt official, Runsewe who threatened to…

The audit report also alleged that N1 million and another N1.8million paid as 2.55 per cent and 5 per cent for preliminary and consultancy fees respectively could not be accounted for.

Before Runsewe assumed office in 2016, the Council also paid a servicing company more than N36 million for the 29th edition of the National Festival of Arts and Culture (NAFEST), including staff’s Duty Tour Allowance. Minutes of the meeting of the Tenders’ Board was not signed by any members and the payment schedule and duration of the payment were not stated.

It was also alleged that the contract might not exist as the Withholding Tax (WHT) and Value Added Tax (VAT) were not paid on the contract. Mr Runsewe was directed to recover the N44.3 million and N36 million, after which he is expected to forward evidence of their recoveries to the office of the auditor general for confirmation.

The agency also could not account for N22.5 million it claimed to have spent on store items, programmes, workshops, repairs and other items. The N2.3 million which should be WHT and VAT, was reportedly not deducted from the payments.

Mr Runsewe was asked to refund the N22.5 million to the treasury and forward evidence of the refund to Mr Anyine’s office for verification.

According to Premium Times report, the Auditor-General, Anthony Ayine called for Mr Runsewe to be sanctioned in line with section 3129 of the Financial Regulation which states;

“Any officer who violates any other provision for which no sanction is specifically recommended, shall be taken to have committed gross misconduct and shall be disciplined accordingly.”