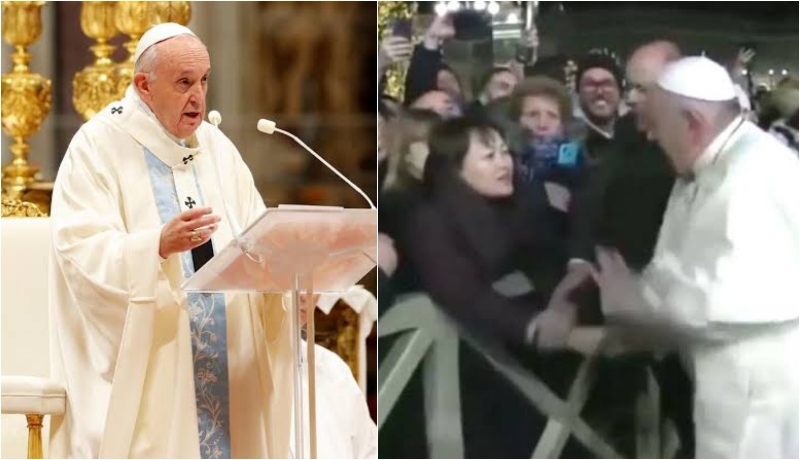 Hours after a video showing Pope Francis slapping a woman’s hand as he greeted pilgrims at the Vatican on New Year’s Eve  went viral, the Pontiff has tendered an apology to that effect.

WITHIN NIGERIA had earlier reported that 83 years old, Pope Francis, was captured on camera, angrily slapping off the hands of a woman who grabbed his hands and held on to it tightly,  as he was greeting children and pilgrims in St. Peter’s Square on Tuesday.

The apology was tendered while delivering his new yeat message to a packed St Peter’s Square where the Pontiff admitted that he also loses his patience sometimes.

He condemned the act and stated that it is a bad example.

“Women are sources of life. Yet they are continually insulted, beaten, raped, forced to prostitute themselves and to suppress the life they bear in the womb,” the Pontiff told worshipers gathered at St. Peter’s Basilica in the Vatican on Wednesday.

Pope Francis Finally Reacts To Outcome Of US Election

“Every form of violence inflicted upon a woman is a blasphemy against God, who was born of a woman.

“I apologise for the bad example yesterday … sometimes even I lose patience.”