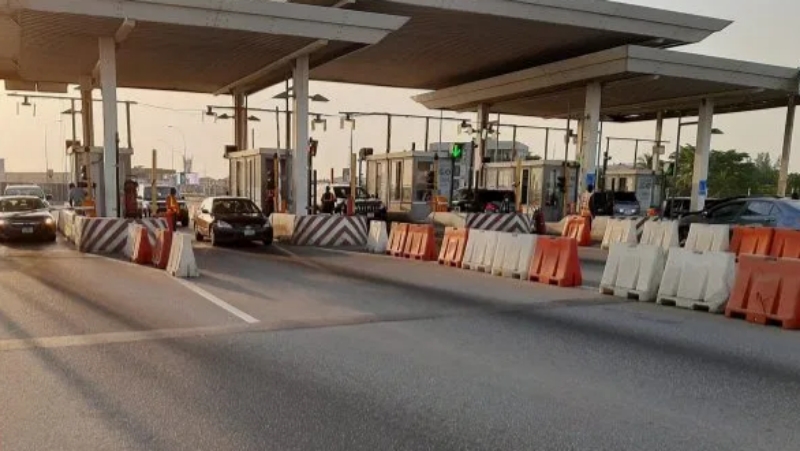 Months after announcement by Lagos State Government, the cashless policy for toll payments at Lekki/Ikoyi Link bridge toll-plaza has started.

Recall that the policy was announced last year by the state government and stated that it would go cashless on toll payments at the Lekki/Ikoyi toll plaza effective from 1sr January 2020.

WITHIN NIGERIA learnt that the policy was introduced as a result of huge traffic gridlocks often experienced on the corridor with cash payments.

While monitoring the cashless toll payments at the toll plaza on Thursday, January 2nd alongside the Managing Director, Lekki Concession Company Limited (LCC), Yomi Omomuwasan, the Commissioner for Transportation, Frederic 0ladeinde stated that the new cashless policy was aimed at reducing traffic queue length often experienced during cash payments regime to save travel time and ease traffic movement along the corridor.

Oladeinde, who noted that the new cashless toll payments has brought significant improvement on vehicular movement at the toll plaza compared with the previous situation, added that there was the need to educate the residents on the need to imbibe the new system through compliance because of its advantage on free flow of traffic.

He frowned at some motorists who he said wanted to deliberately sabotage the new policy for their selfish gains, disclosing that some motorists made photocopies of their payment vouchers for multiple uses. He warned that the state government would not hesitate to apply the law on any motorists that attempted to frustrate its effort at improving traffic movements through corrupt practices.

PDP Reacts To Demolition Of Saraki’s Property In Ilorin