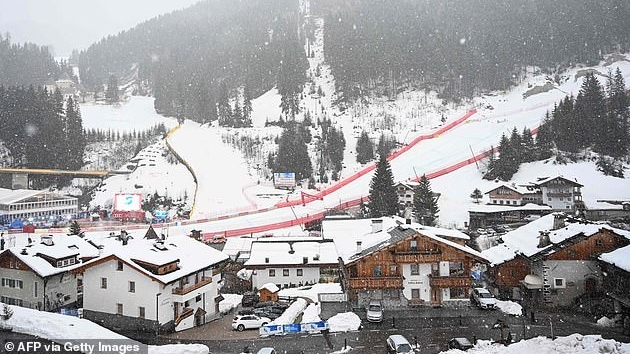 No fewer than 6 young German tourists reportedly dead and 11 others severely injured as a car ploughed into their tourist bus on Sunday morning.

The tragic incident occured in Luttach, Northern Italy, known for tourism due to it’s high number of ski resorts in the region

WITHIN NIGERIA learnt that the victims of this accident were waiting to board their bus after spending the night in a club before the tragic incident occurred.

According to reports, 10 of the injured persons have been taken to hospitals in South Tyrol and Innsbruck while one was flown by helicopter to a hospital in Austria.

The Luttach volunteer fire service said in a Facebook post that the six dead were killed at the scene, after being struck by an Audi whose driver reportedly had a high alcohol blood content at the time of the accident.

VIDEO: Tragedy averted as bus narrowly missed running over toddler who fell out of…

Accident scene that claimed the life of footballer Jlloyd Samuel