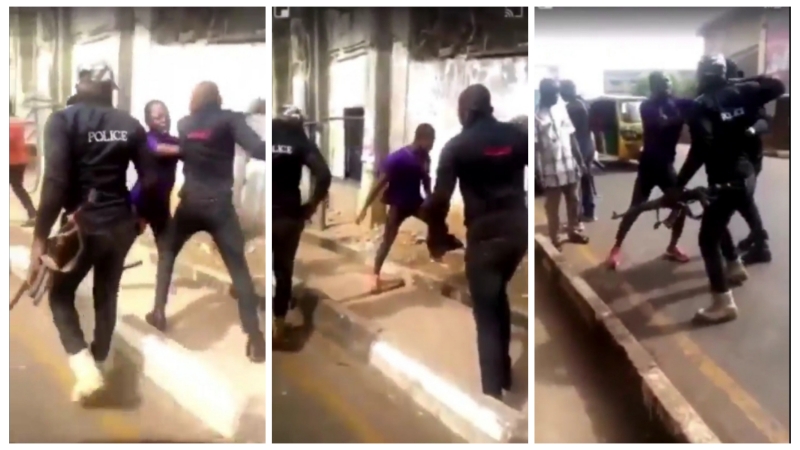 A video of a young man identified as Justice Obasi who was assaulted and beaten by some police officers for allegedly refusing to unlock his iPhone has surfaced online.

The video of the assault was uploaded on internet by a social media user (name withheld).

Inside the two-minute video, the yet-to-be identified young man can be seen demanding for his phone repeatedly which was seized by the police officers before he was beaten by two officers who started hiting him.

According to a social media user, he disclosed that the young man who is an interior designer was accused of being a yahoo boy by the police officers without any incriminating evidence and they threatened that he would be taken to the EFCC, anti-graft agency.

The ugly incident reportedly happened around 10 am on Saturday, January 4th in Kenyatta Enugu 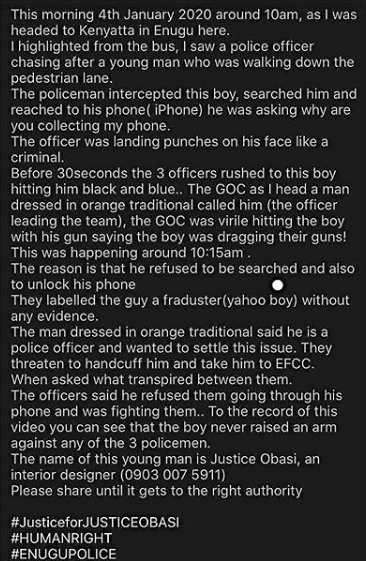